Poroshenko: Russia uses 'escalation card' to push for its scenario 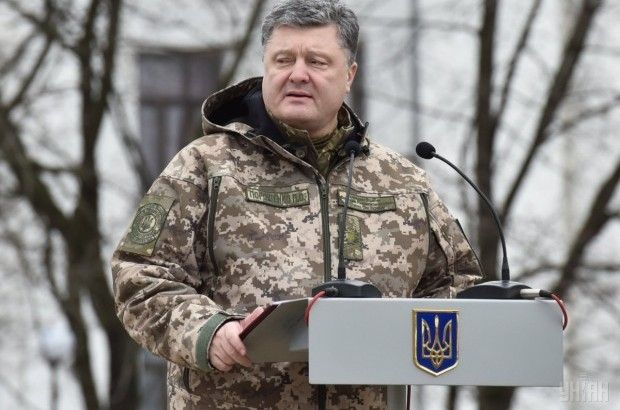 "Russia keeps using an escalation card whenever it wants to push for a preferred Russian scenario," he said at the forum titled "Ukraine's Battle for Freedom Continues" in Washington on Thursday.

"Russia's proxies in Donbas still heavily impede the OSCE Special Monitoring Mission to access all areas under their control and verify the ceasefire and withdrawal of weapons," the president said.

In his words, such a situation is not conducive to holding local elections in militant-controlled areas of Donbas "which are of key importance for further progress in the settlement."

According to Poroshenko, Russia continues fuelling escalation in Donbas by sending troops and weapons there.

"Nineteen months after we initiated the Minsk process, I still receive reports about losses and shelling of our positions in the frontline every single day," he said.

"Russia continues sending troops, heavy weapons and ammunition into Ukraine a few times a week. Only since January 1, 2016, Russian trains and trucks full of supplies have illegally crossed the uncontrolled part of the Ukrainian border over 80 times," he added.