Ukrainian President Petro Poroshenko says he is against the idea of severing diplomatic ties with Russia, and he believes that efforts should focus on the implementation of the Minsk peace agreements, according to Ukrainain news agency Ukrinform. 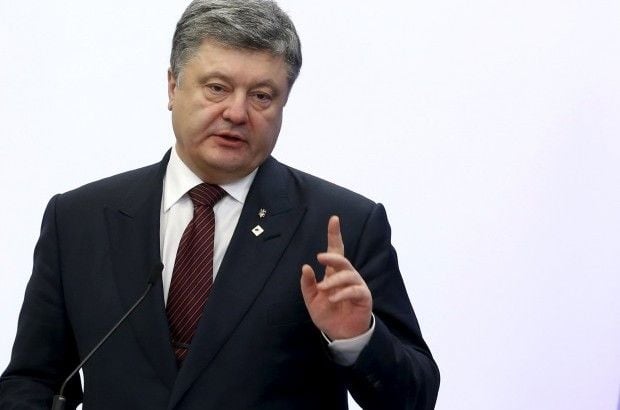 "The Rada will not support this bill [on severing diplomatic relations with Russia], let's not even discuss this," he said in Washington, D.C., on Thursday when answering a question whether he would sign the bill.

At the same time, the president stressed that the efforts should focus on the full implementation of the Minsk agreements.

"This [bill] is the initiative of some lawmakers. Our peace plan is to implement the Minsk agreements," Poroshenko said.

According to him, it is necessary to establish effective coordination in order to put pressure on Russia, making it fulfill its obligations under these agreements. In particular, Russia undertook to withdraw its troops, equipment and weapons, which could help stabilize the situation in the region and hold local elections in Donbas.

On March 30, Ukraine's Verkhovna Rada committee for foreign affairs recommended that lawmakers adopt draft resolution No. 4221 on termination of diplomatic relations with Russia.