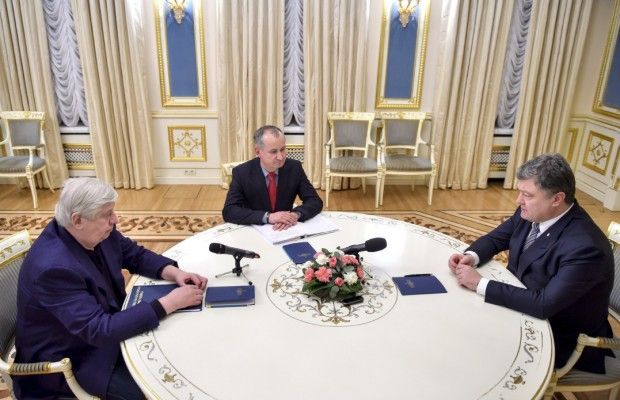 Shokin (left) is no longer prosecutor general / Photo from president.gov.ua

"After Tuesday voting [by Ukraine's parliament to authorize Shokin's dismissal], the Verkhovna Rada sent the documents and an order to dismiss Prosecutor General Viktor Shokin was signed," Poroshenko said in an interview with Ukrainian TV channels on Saturday.

"As of today he has been dismissed under my order," he added.

Poroshenko also said that the Ukrainian parliament should appoint a new prosecutor general in the coming plenary week, scheduled for April 12-15.

"I have also initiated necessary consultations with the parliamentary factions on the new prosecutor general's candidacy," he said.

"I'm sure there should be no delay next plenary week and the country should obtain its new prosecutor general. He should be an honest man of principle," the president added.

Poroshenko said that the future prosecutor general would continue the reforms that began at the Prosecutor General's Office.