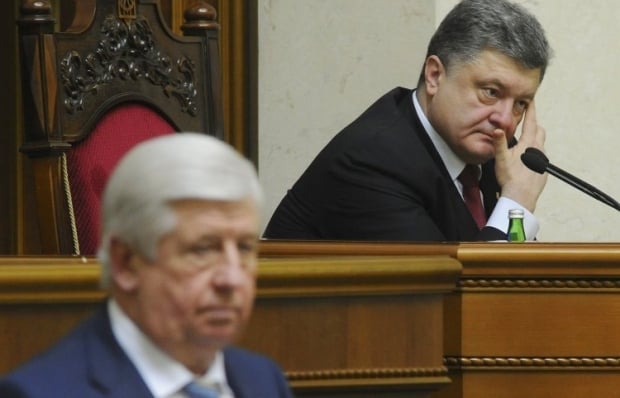 “In his year in office, Mr. Shokin became a symbol of Ukraine’s deeply ingrained culture of corruption, failing to prosecute a single member of the deposed Yanukovych regime or of the current government while blocking the efforts of reform-minded deputies,” the authors claim.

In his last hours in office, Shokin dismissed the deputy prosecutor general, Davit Sakvarelidze, a former Georgian prosecutor brought in by Poroshenko to tackle corruption, according to the article. “And before that, Mr. Shokin had systematically cleansed his office of reform-minded prosecutors. The acting prosecutor general now is Yuriy Sevruk, a crony who can be trusted to continue Mr. Shokin’s practices,” the authors say.

“The president, the prime minister and the Parliament must be made to understand that the International Monetary Fund and donor nations, including the United States, cannot continue to shovel money into a corrupt swamp unless the government starts shaping the democratic rule that Ukrainians demanded in their protests [on Maidan],” says The New York Times editorial.

“Mr. Poroshenko cannot simply allow one of Mr. Shokin’s cronies to slide into the ousted official’s tainted seat. He should immediately reinstate Mr. Sakvarelidze and begin a broad public discussion on the choice for the next prosecutor general, making clear that his mandate will be a thorough reform, and that the government will be fully behind it,” the article says.