Netherlands, EU need time to digest what next steps on Ukraine-EU deal should be: European analyst

The outcome of the Dutch referendum has paralysed the Netherlands and the EU for some time on the issue of what should be done regarding the Ukraine-EU deal, leaving Ukraine in limbo, Amanda Paul, a political analyst at the European Policy Center, said in a comment to UNIAN. 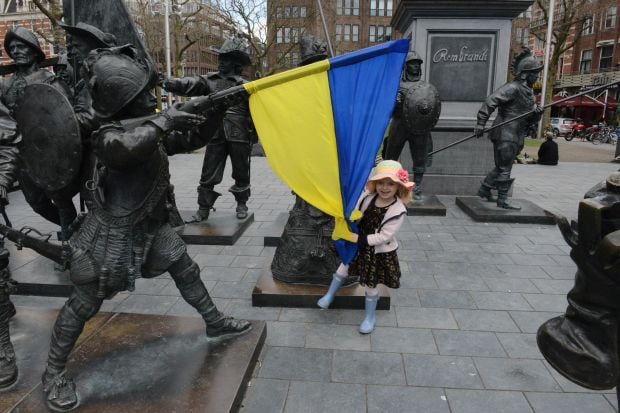 “It is a bitterly disappointing but perhaps not surprising, (given the rise in Euroskepticism throughout the EU), result,” said Paul.

“It seems to me that it is too early to understand what the final outcome of the Dutch referendum will be. The EU currently seems to be paralysed over what to do next.  Hence I think the Dutch government, the EU, etc will take some time to digest what has happened and what the next steps should be,” she said.

Read alsoNetherlands to seek compromise on Ukraine-EU dealThe analyst believes this “leaves Ukraine in limbo which is bad news indeed and sends a negative message to other countries in the region as it puts the EU’s commitment to them into jeopardy.”

“Furthermore, Dutch prime minister, Mark Rutte, has already indicated that his government would not ratify the treaty as planned,” said Paul. “With elections due in 2017, ignoring the result could be bad news for his already fragile coalition government.”

Read alsoDutch PM: Ratification of EU treaty with Ukraine cannot "just proceed"The expert goes on to say: “Indeed the whole thing is farcical.  It would be crazy if on the basis of less than a third of the Dutch bothering to vote such an important relationship is jeopardized.” “The Association Agreement is key to helping Ukraine as it is a road-map for reform and helping strengthen Ukraine’s statehood, will boost trade and help battle corruption,” she says. “It will come as a huge disappointment to the Ukrainian government and society.  No doubt there will be increased concerns over whether this could impact on the delivery of visa liberation to allow Ukrainian citizens to travel to Europe later this year.”

However, Amanda Paul noted that this is “not the first I time the Dutch have put the cat among the pigeons.” “Despite the fact that the Netherlands is a founding member of the EU, it has increasingly become a hotbed of Euroskepticism with rising support for the far-right.  The country rejected the bloc's proposed constitution in a 2005 referendum.  It is hugely embarrassing for the Netherlands, which currently holds the EU’ rotating Presidency,” she said. “Furthermore, the vote has some worrying lessons for campaigners who want Britain to stay in the EU, and comes as a blow the EU project.  No doubt, the Kremlin – which seems to enjoy developments which undermine or weaken the EU (and Ukraine) will not be displeased with this outcome,” said Paul.

As UNIAN reported earlier, the outcome of the Dutch referendum held April 6 saw 61.1% of votes cast against the Agreement, with a 32.2% turnout.

The Dutch government said in a statement that it intended to seek compromise on the issue of the Ukraine-EU deal, admitting that the process might take time.