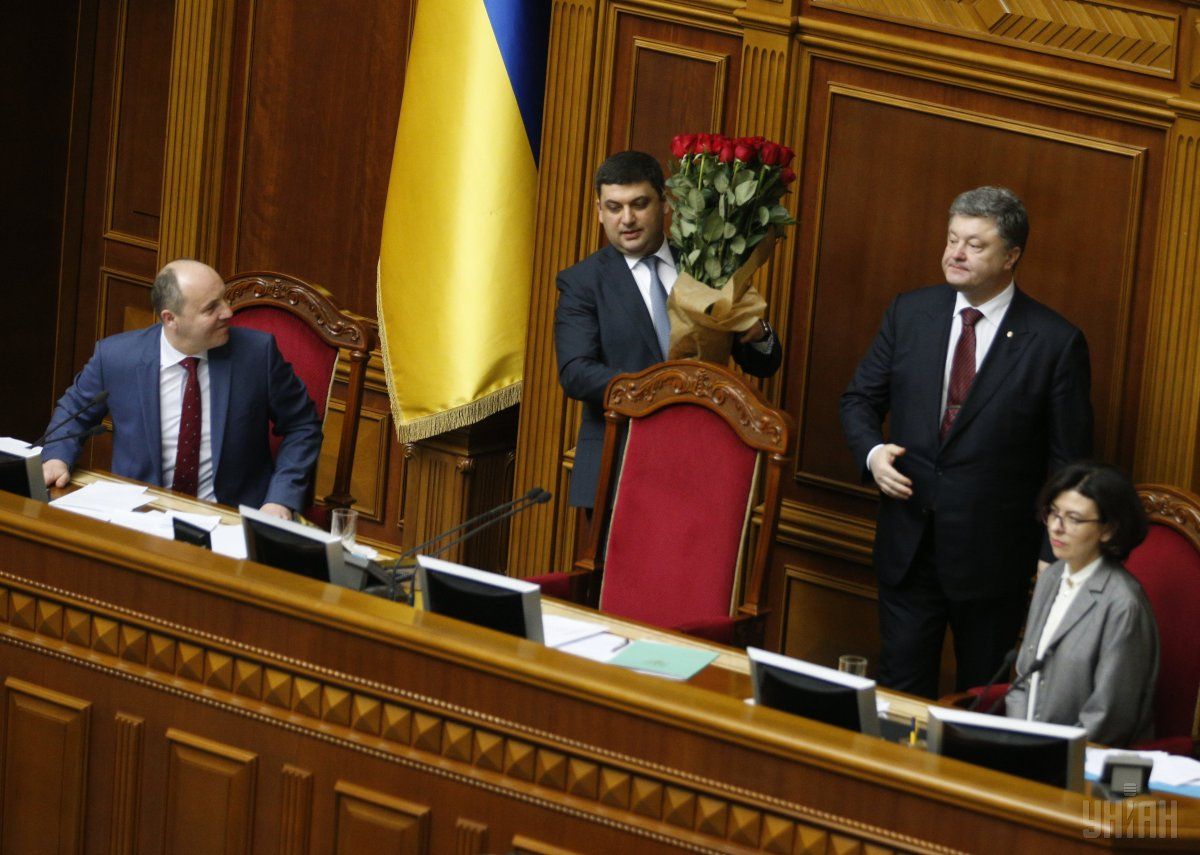 As UNIAN reported earlier, Arseniy Yatsenyuk on Sunday announced his resignation, which was to be authorized by lawmakers on Tuesday. His resignation has offered a chance to set up a new coalition in parliament and form a new government.

Following Yatsenyuk's statement, Poroshenko said he was ready for any prime minister but would prefer to see Rada Speaker Volodymyr Groysman, the incumbent parliament speaker, in the premier's office, who will need to receive at least 226 votes in parliament to be approved as prime minister.

In addition, participants in the consultations agreed on almost all of the future composition of the Cabinet to be headed by Groysman.

UNIAN memo. Volodymyr Groysman was elected Chairman of the Verkhovna Rada of the eighth convocation November 27, 2014. Previously, he held the position of Deputy Prime Minister - Minister of Regional Development, Construction and Housing and Communal Services (February 27 - November 27, 2014); from 2006 to 2014 – he was mayor of Vinnytsia.