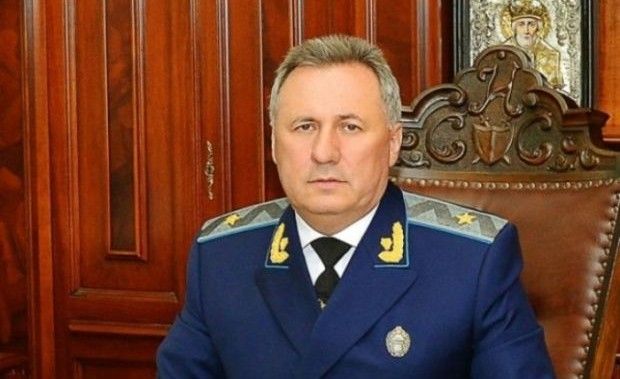 Stoyanov, who once headed the prosecution agency in Odesa region, was returned to this position late in March 2016 by outgoing Prosecutor General Viktor Shokin after he had dismissed reformist Deputy Prosecutor General and simultaneously Odesa Region Prosecutor David Sakvarelidze. Shokin claimed that Sakvarelidze "had grossly violated prosecutorial ethics."

Read alsoSakvarelidze's dismissal 'clearing of comfortable field' for Shokin's successor controlled by AP – expertStoyanov first became chief prosecutor in Odesa region in May 2014, when the then PGO head Oleh Makhnytsky appointed him to that position. He was sacked with the arrival of the next Prosecutor General Vitaliy Yarema.

The PGO explained that Stoyanov had been reinstated by Shokin in keeping with a court ruling. But the decision was not approved by the public who staged a protest rally in the center of Odesa late on March 30, 2016, demanding Stoyanov should be fired.

The Justice Ministry said then that Stoyanov was subject to dismissal under the lustration law.