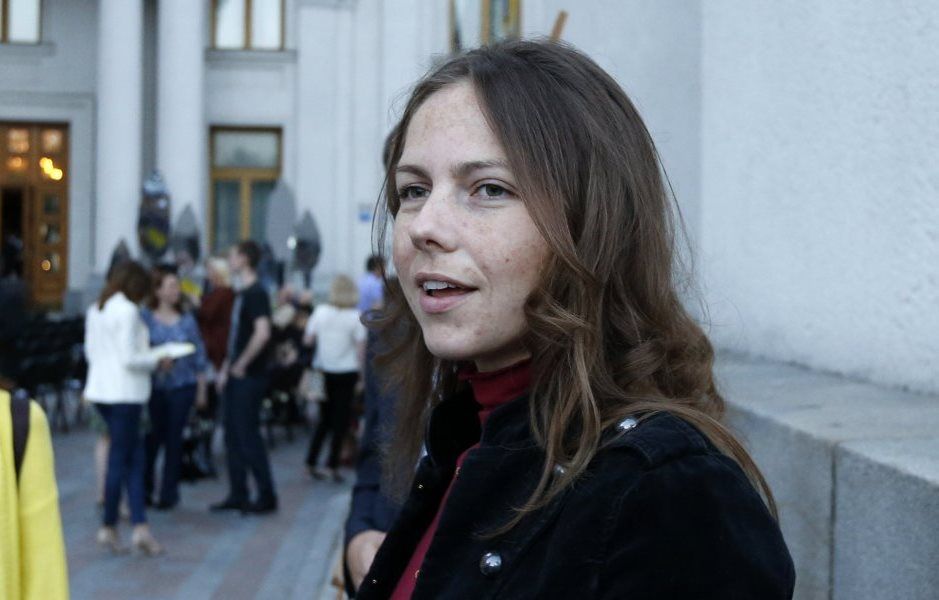 Nadia Savchenko's sister Vira is back to Ukraine / Photo from UNIAN

"The [Ukrainian] Consul General in Rostov has just informed me that Vira Savchenko crossed the Ukrainian border, and has already returned to her native land," Poroshenko tweeted on Thursday afternoon.

Ukrainian diplomat, permanent representative of Ukraine to the Council of Europe Dmytro Kuleba, who has been informing the public about this incident since its very beginning, has also confirmed Vira Savchenko's return to Ukraine.

"Vira Savchenko crossed [the] Ukrainian border freely. This thriller is over but pls remember about Nadiya, [imprisoned Ukrainian film-maker Oleh] Sentsov & others," he wrote on Twitter on Thursday.

Read alsoUkraine MFA warns Ukrainians of dangers of traveling to RussiaAs UNIAN reported earlier, Vira Savchenko and a Ukrainian consul locked themselves in a diplomatic car on Wednesday evening after Vira Savchenko's passport had been seized on the Russian-Ukrainian border by Russian law-enforcement officers, who wanted to interrogate her.

After waiting in the blocked car for many hours, they were allowed to leave for the Ukrainian consulate in the Russian city of Rostov-on-Don.

The Russian border guards claim that Vira Savchenko is wanted by the Russian police for insulting of a Chechen judge in the case of Ukrainian citizens Mykola Karpiuk and Stanislav Klykh.