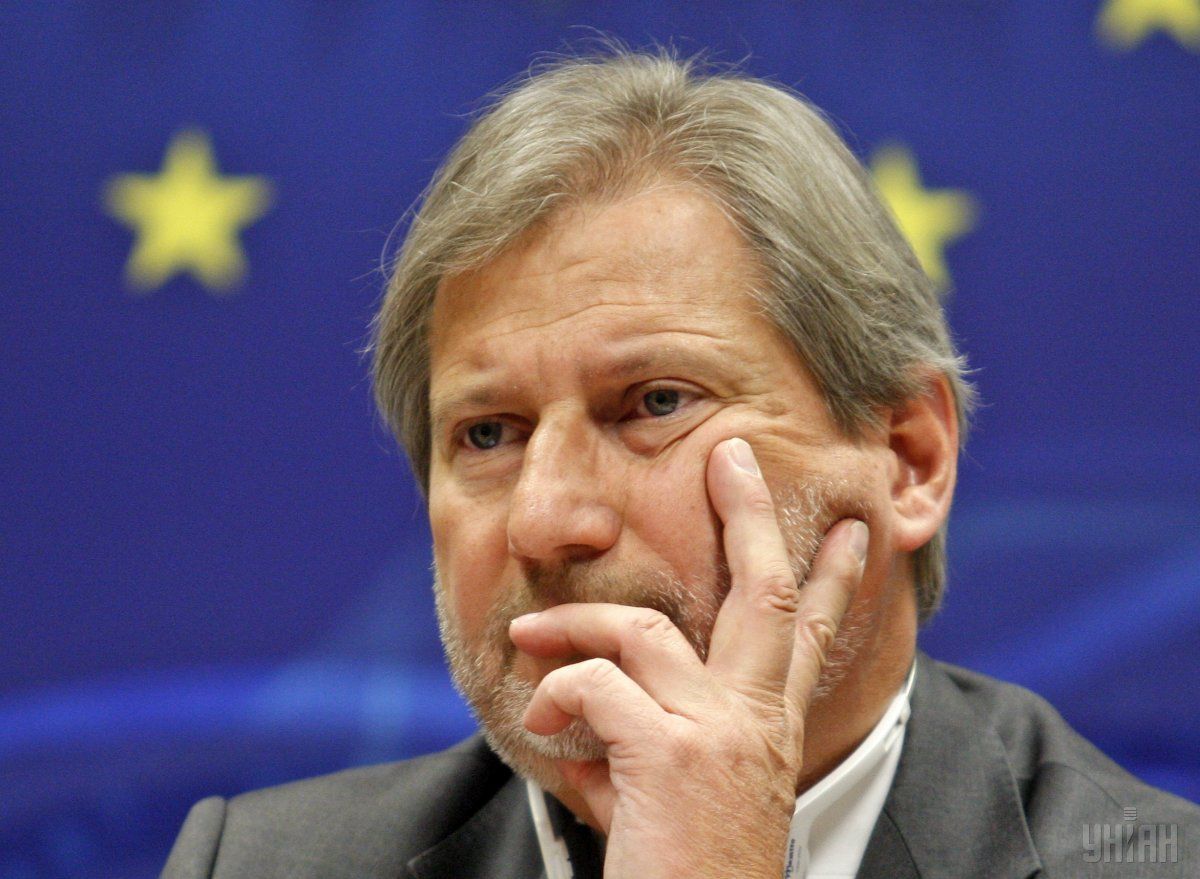 "We have to be clear from the European Commission's point of view. We're, so to say, treating everybody equally. This means we have applied the same methodology for Ukraine, for Georgia, and also for Kosovo. And the same applies for Turkey," he told RFE/RL correspondent Rikard Jozwiak in an exclusive interview in Prague on May 3.

"But it depends on our partner country – how fast they move forward and comply with our requirements," Hahn added.

"In that respect there is no…discount for Turkey to get something cheaper than the others, because it is about certain standards which have to be met," he said.

Read alsoTurkey on course for visa-free travel in EU - media"Of course, finally, there is always a political assessment. But in terms of, so to say, meeting the standards, qualifying themselves – they have done what is necessary," he said.

According to him, visa liberalization is linked with many areas, for example, in Ukraine, it is pegged to the fight against corruption and independence of the judiciary.

He said he was very well aware of the challenges Ukraine is facing – the armed conflict in the country's east is still under way, there are 1.5 million internally displaced persons, economic problems are huge. "This is a serious challenge for the Ukrainian authorities," he said.

In his words, Ukraine has a long way to go, as it needs to not only adopt needed laws on the association with the EU, but also implement them.

The implementation of the legislation is the most important condition for Ukraine's further rapprochement with the EU, he said.

It will now be up to the European Council and the European Parliament to approve the visa waiver for all four countries.

Read alsoEU to postpone May 19 Ukraine-EU summit -- source"I think there should be a joint treatment of at least these three countries, maybe including Turkey," Hahn said.

RFE/RL earlier reported that the European Commission said in December 2015 that Ukraine and Georgia had met all the conditions for visa-free travel, including stepped-up efforts to fight corruption, and that the two countries would get a positive recommendation in the spring this year. At the time, Turkey and Kosovo lagged far behind the ex-Soviet nations on the path to visa-free travel to the EU.