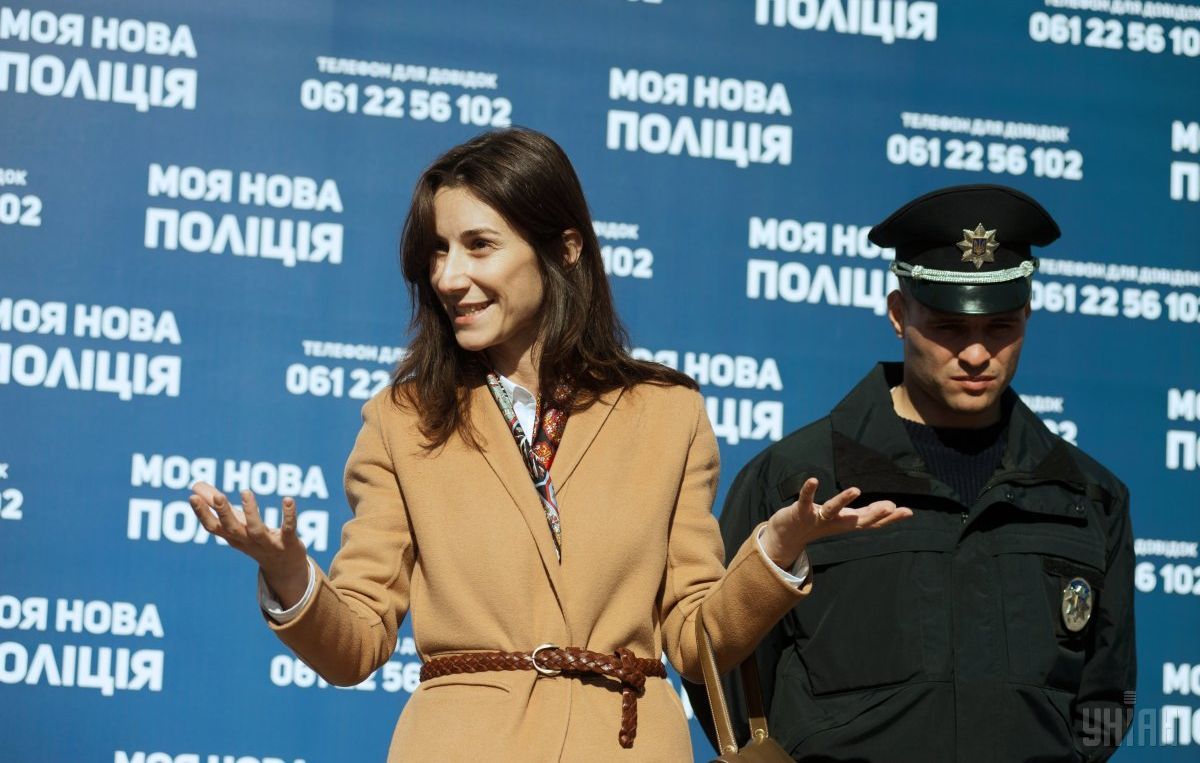 Document registered under No. 353-r dated May 11 was posted on the government's portal. 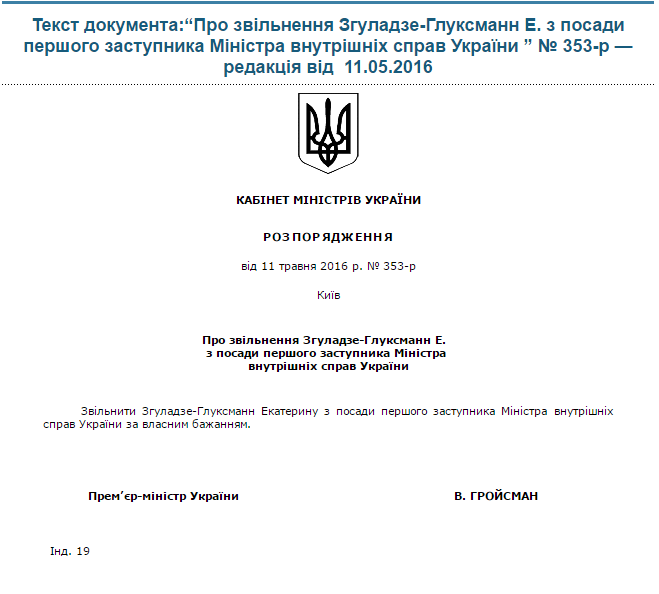 The government also greenlit Andriy Gevko's resignation from the post of Deputy Minister of Education and Science.

At the same time, he said that Zguladze had accepted his proposal to lead an ad hoc group of advisers to the interior minister and will continue the reform of Ukraine's law enforcement system.

As UNIAN reported earlier, the Cabinet of Ministers appointed Eka Zguladze, who worked as deputy interior minister in Georgia from 2006 to 2012, as Ukraine's First Deputy Minister of Interior Affairs on December 17, 2014.