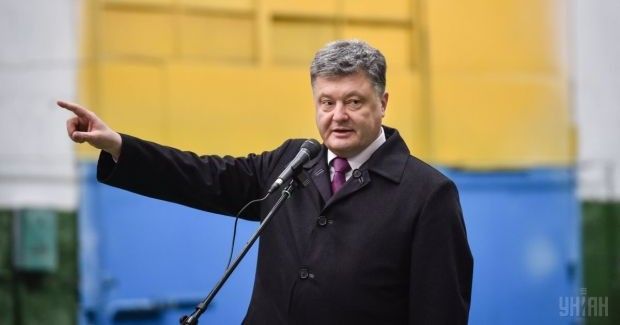 “The parties stated that the security situation in Donbas remained complicated despite ceasefire arrangements achieved on the eve of Easter,” reads the report.

In this context, the Ukrainian president emphasized the need for compliance with the ceasefire regime by militants and admission of the OSCE to all border areas, so that the supply of Russian weaponry to the occupied territories of Donbas is terminated.

“The parties agreed that security was the main condition for continuation of political settlement of the situation,” the press service says.

In this context, the president has also emphasized the importance of deploying the OSCE armed police mission in Donbas. The Head of State addressed Germany as the OSCE presiding country with a request to speed up consideration of respective proposals.

Read alsoPoroshenko does not rule out local elections in occupied Donbas this yearAs UNIAN reported earlier, on April 14, Russian President Vladimir Putin said that Russia supported the deployment of OSCE armed personnel on the contact line in Donbas, as well as the increase in their numbers.

On April 15, President Poroshenko coordinated with Chancellor Merkel and President Hollande the position on the prospects of deploying the OSCE police mission in Donbas.

April 22, the president of Ukraine said he expected the deployment of armed police mission of the OSCE in Donbas in the near future.

Read alsoControl of Donbas: Mission impossibleOn April 27, press secretary of the Ministry of Foreign Affairs of Germany, Martin Schaefer said that Germany, as the OSCE Chair, has asked the OSCE Secretariat to develop options for improving safety during possible local elections in the occupied part of Donbas, adding that the discussion was not held at the moment about setting up an armed mission.

On May 13, First Deputy Chief of the OSCE SMM to Ukraine Alexander Hug said that the decision on the possible deployment of an armed mission in Donbas should be taken by consensus of all OSCE member states at a meeting of the organization’s Permanent Council in Vienna.