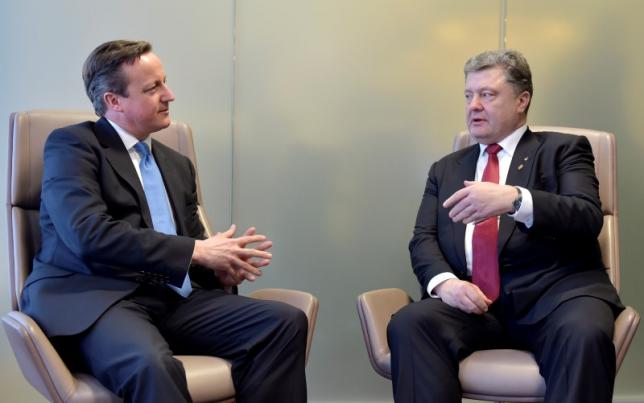 "I do not think Brexit would lead to a U-turn on Ukraine, but it would be a serious stick to beat those who favor EU integration" Serhiy Leshchenko, a member of President Petro Poroshenko's faction in parliament, told Reuters.

His concern, ahead of Thursday's referendum, is typical of pro-Western Ukrainian politicians who hope to integrate their ex-Soviet country into the EU and distance it from Moscow.

A key promise of the EU deal which was sealed after Yanukovich's fall, visa-free travel, has yet to materialize as Europe's migration crisis hardened attitudes in Brussels.

"The outcome of the referendum in the UK could fragment the European Union and theoretically complicate our EU integration. And it shouldn't be forgotten that the EU is a counterweight to Russia on the issue of Ukraine," the head of the reformist Samopomich faction in parliament, Oleh Bereziuk, told Reuters.

Britain has pushed for the EU to renew sanctions on Russia imposed after the Crimea annexation, but some EU countries want them lifted, so if the country leaves the bloc, that could soften the EU stance, Ukrainian politicians say.

"Brexit will seriously compromise the unity of the EU on the issue of sanctions," Leshchenko said. "The EU will lose one of the main lobbyists for sanctions against Russia."

According to polls, Ukrainians remain generally positive toward the EU with 55% supporting the association agreement and just 15% preferring a trade deal with Russia.

"We will not halt our movement toward EU, and how they take us on will not depend on the referendum, but on how we carry out reforms and fight corruption," the deputy head of President Poroshenko's bloc, Leonid Kozachenko, told Reuters.