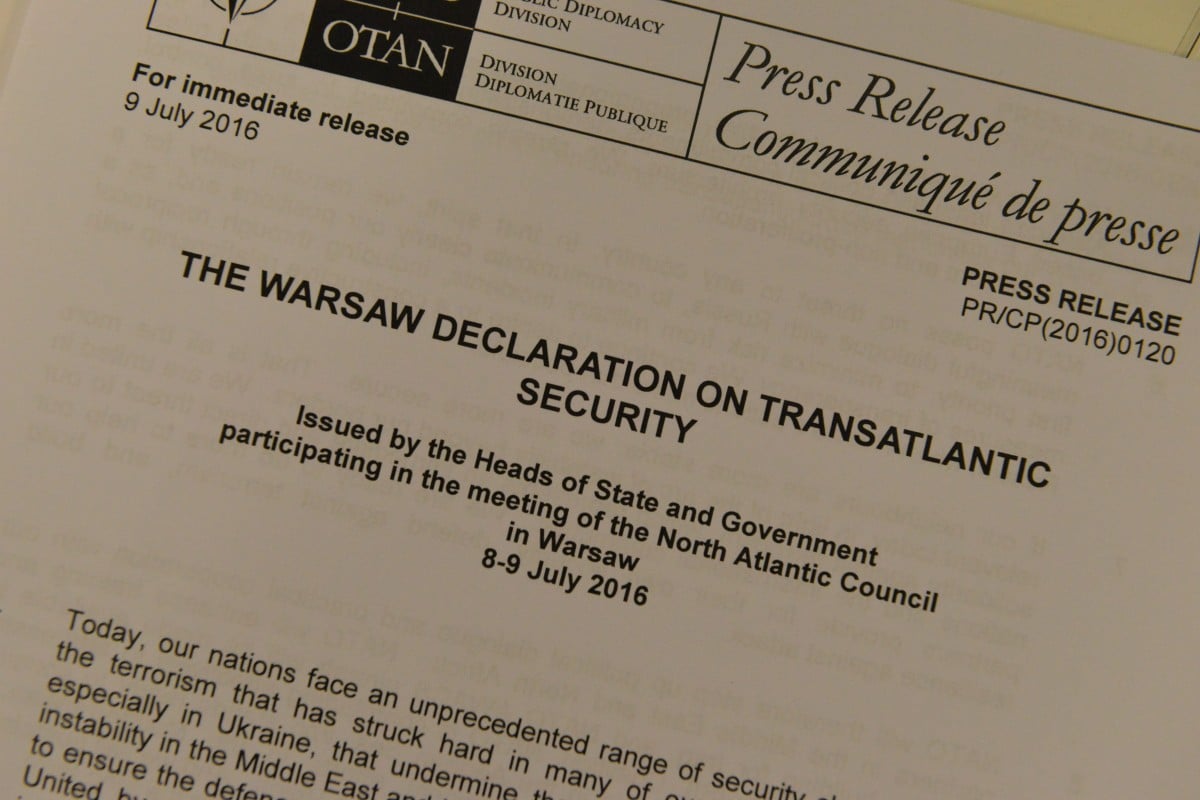 "We believe in a Europe whole, free and at peace. NATO will provide more support to Ukraine and Georgia, and continue to assist the Republic of Moldova," the final communique said.

NATO also said the Alliance is committed to deepening its engagement with partners in the Black and Baltic Sea regions, and in the Western Balkans.

"We will also maintain our important operation in Kosovo," the communique reads.

"We remain committed to NATO’s Open Door policy, which has strengthened the Alliance and contributed to Euro-Atlantic security. We look forward to welcoming our newest member, Montenegro, to our community of values," the communique stated.

NATO also stressed that it poses no threat to any country.

NATO seeks to have a constructive relationship with Russia, however, it also depends on Russia's actions, according to the declaration.

Read alsoObama says U.S., EU united in maintaining anti-Russian sanctionsNATO calls on Russia to use all channels of communication with the Alliance, including military ones, to address the critical issues and challenges.

NATO also pointed to the importance of maintaining security in neighboring countries.

"If our neighbors are more stable, we are more secure," the document said.