Ukrainian Prime Minister Volodymyr Groysman says that local elections in separate districts of Donetsk and Luhansk regions in the east of Ukraine will be held only after Russia withdraws its troops from the region and security is guaranteed, according to an UNIAN correspondent. 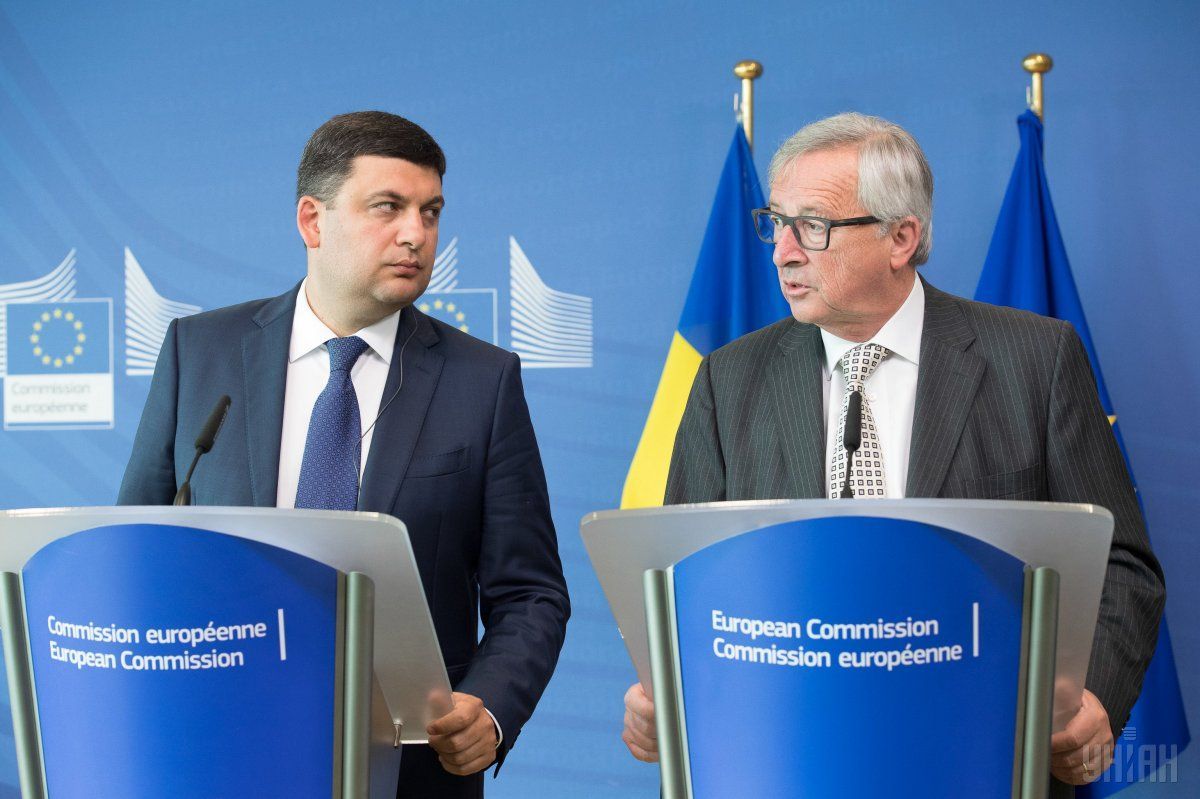 "We've touched upon the situation in eastern Ukraine. Security is one of the key priorities, as security is issue number one. Militants should leave, Russian troops should be withdrawn from our territory, our country, together with weapons, and an OSCE [police] mission should be deployed along with ensuring security, and then we can speak about the elections and reintegration of the area," Groysman said at a joint press conference with President of the European Commission Jean-Claude Juncker in Brussels on Tuesday.

Read alsoQuasi-Russian protectorate in Donbas to never be integrated into Ukraine – KlimkinGroysman also stressed the need for joining hands with the European Union to make Russia abide by the Minsk peace agreements on Donbas.

On July 19-20, the Ukrainian prime minister is on a working visit to Belgium, where he is holding talks with EU leaders.