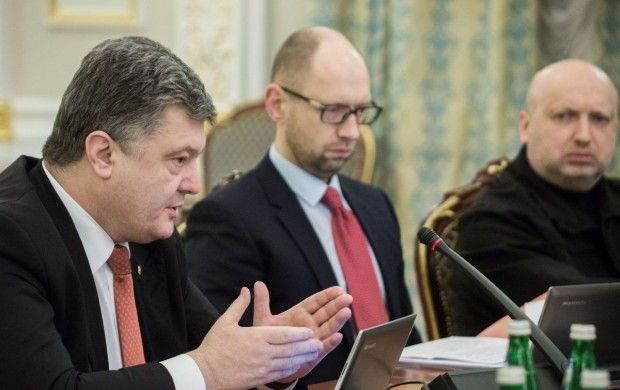 "Presently, PGO investigators invite many politicians and senior officials who can give investigators important information about events during the Euromaidan," Larysa Sargan, press secretary of Chief Prosecutor Yuriy Lutsenko, wrote on Facebook on Tuesday.

UNIAN memo. More than 100 people, later dubbed the Heavenly Hundred Heroes, were killed and dozens were injured during the Euromaidan events, which started on November 30, 2013, and ended when the then president Viktor Yanukovych fled the country on February 22, 2014.

The PGO in 2014 began criminal proceedings against former Berkut riot police officers Oleksandr Zinchenko and Pavlo Abroskin. They are suspected of killing 39 Maidan activists on Instytutska Street in the center of Kyiv on February 20, 2014.

Two years later, on February 10, 2016, the PGO, which has witnessed the repeated reshuffle of chief prosecutors, announced that it had also completed an investigation into a case involving three more former Berkut police officers, – Oleksandr Marynchenko, Serhiy Tamtura, and Oleh Yanyshevsky – and had sent their case to court.

These individuals are charged with committing an act of terror, abuse of office, deliberate homicide, attempt to murder and resistance to peaceful rallies, as well as kidnapping people and hiding weapons after committing crimes.

These criminal cases have been combined into one Berkut case. 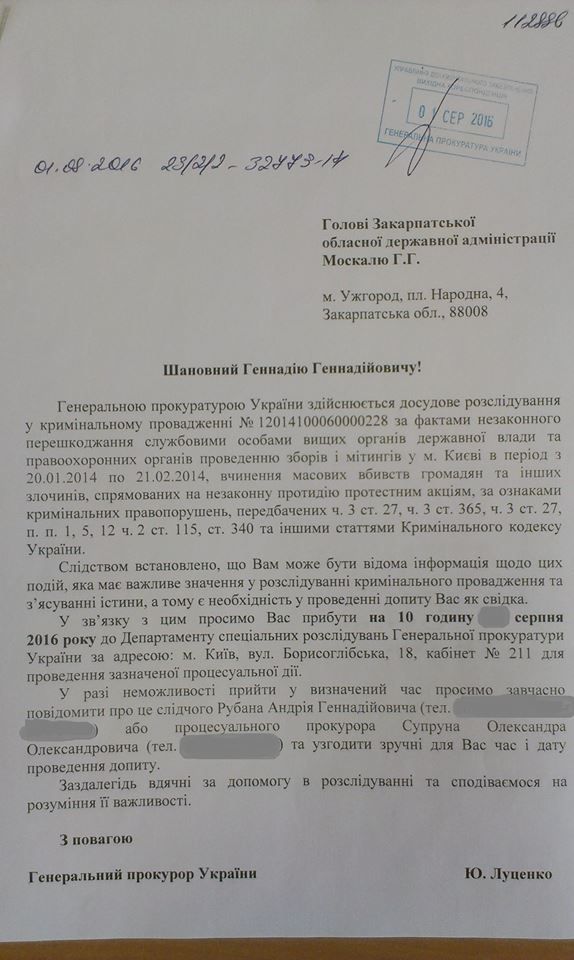 A PGO document inviting Moskal for testimony / From facebook.com/LarysaSargan
If you see a spelling error on our site, select it and press Ctrl+Enter