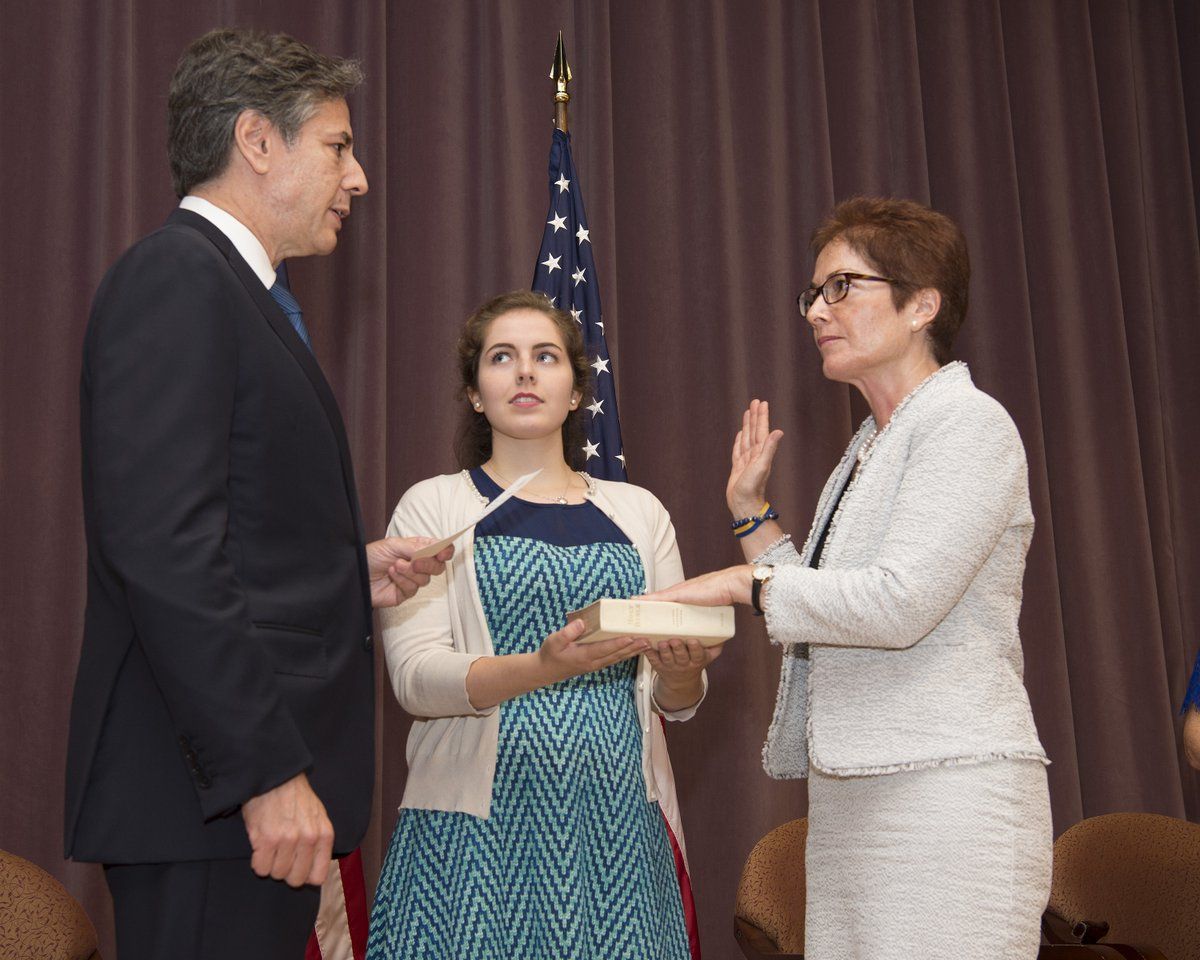 "Looking forward to welcoming Ambassador Marie Yovanovitch to Ukraine next week! She has been sworn in at the Department of State and will present her credentials to President Poroshenko after she arrives in country," the embassy's press service wrote on Facebook on Friday.

Marie Yovanovitch worked in Ukraine in 2001-2004 as Deputy Chief of Mission at the U.S. Embassy in Kyiv.

Since joining the Foreign Service in 1986, she has also served at posts in Canada, Russia, Somalia, and the United Kingdom.

Marie Yovanovitch received a B.A. from Princeton University and an M.S. from the National War College.