At the same time, none of the Opposition Bloc members voted for the document, and a mere four MPs from the Vidrodzhennya group gave their votes for it. 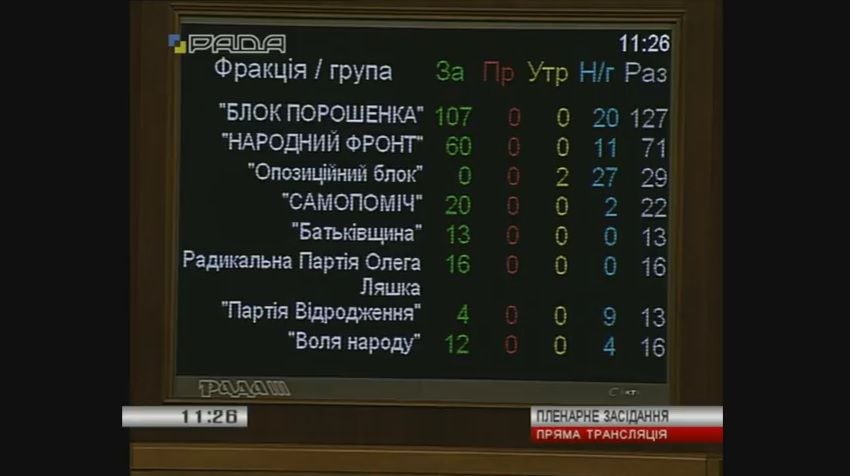 In particular, the Rada asks the EU governments to support a legislative proposal by the European Commission to introduce visa waivers for short trips of citizens of Ukraine to the EU. Also, the Ukrainian parliament calls on the European Parliament and the Council of the European Union to adopt decisions necessary for EU visa-free travel without further delay by the end of 2016.

The appeal stresses the importance of development of cooperation between Ukraine and the EU on effective border management and migration, protection of human rights and fundamental freedoms.

In addition, the document recalls that Ukraine has fulfilled all its commitments in accordance with the action plan on EU visa liberalization for Ukrainians. In particular, it concerns the introduction of biometric passports, effective and long-term implementation of the Agreement between the European Community and Ukraine on readmission of persons, the adoption of anti-discrimination legislation and anti-corruption laws.

The resolution will become effective from the date of its adoption.