Poroshenko explains why he chose not to impose martial law

Ukrainian President Petro Poroshenko has said that the martial law was not introduced in Ukraine in order to maintain the system of checks and balances, political competition, rights and freedoms of Ukrainian citizens. 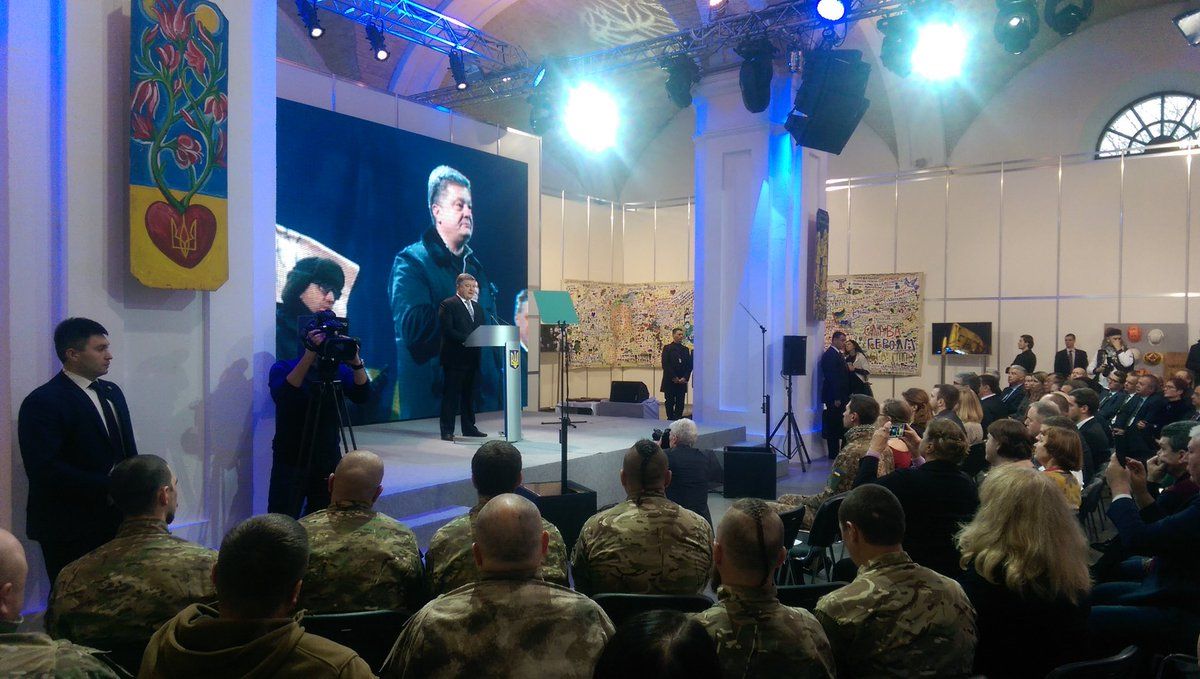 "In terms of external aggression, I have not succumbed to pressure and not introduced martial law," Poroshenko said on the third anniversary of the beginning of the Revolution of Dignity, Espreso.TV reported.

Poroshenko noted that this step had greatly increased the powers of the president as a supreme commander.

Read alsoUkraine's ATO HQ reports ongoing attacks in all sectors in Donbas"I was not thinking about myself but about the country and the need to preserve and strengthen something that is traditional to European culture, a system of checks and balances, political competition, rights and freedoms of Ukrainian citizens, especially the freedom of speech," he said.

As UNIAN reported earlier, on November 21, Ukraine marks the Day of Dignity and Freedom.