PM Orban: Hungary sees Ukraine in EU, though membership isn't on the agenda

Hungarian Prime Minister Viktor Orban says that his country wants to see Ukraine among European Union member states and insists on the cancellation of EU visas for Ukrainians, according to the information and media relations office of the Ukrainian Cabinet's Secretariat. 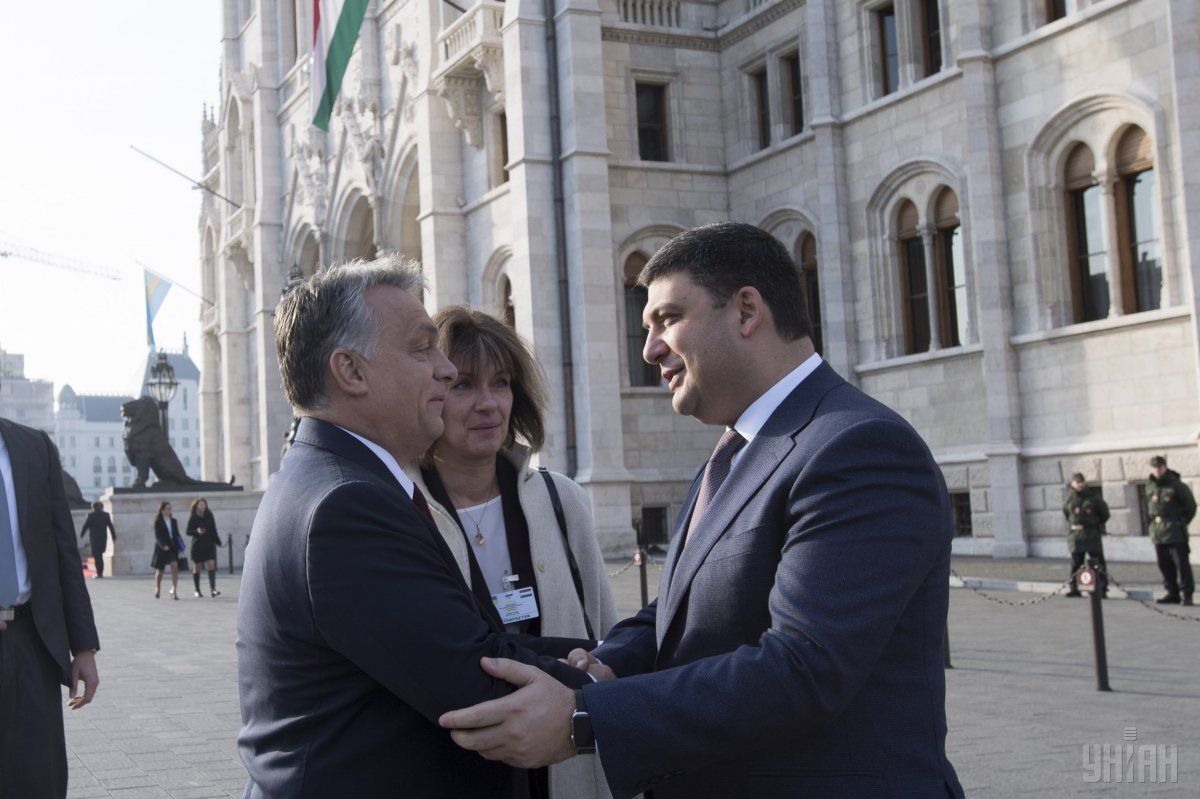 "I would like to clearly state that Hungary supports Ukraine's membership in the European Union, though this issue is not on the agenda," Orban told his Ukrainian counterpart Volodymyr Groysman who was on an official visit to Hungary on Thursday, November 24.

After the Revolution of Dignity, Ukraine has set a target to become a part of the Western world. "It is on the way of rapprochement and occupies a proper place in the family of the European nations," he said.

"We think about a Europe where Ukraine could be a full-fledged member," he added.

In his words, some European countries have been blocking issues that are important to Ukraine, namely the introduction of visa-free travel and the completion of the ratification of the EU-Ukraine Association Agreement.

Groysman in turn thanked Orban for Hungarian parliamentarians' address to their Dutch peers for a positive decision on the ratification of the EU-Ukraine Association Agreement.

In this context, the Hungarian prime minister assured the Ukrainian counterpart of the commitments undertaken by the Visegrad Four member states, which "take Ukraine's side in Europe."

"Providing a visa-free regime to Ukraine and the Ukrainian people is very important to Hungary. We can speak about economic and other aspects, but one cannot question the fact that Ukraine, which has lived through difficult years, has fulfilled all commitments, therefore Europe should grant a visa-free regime," Orban said.