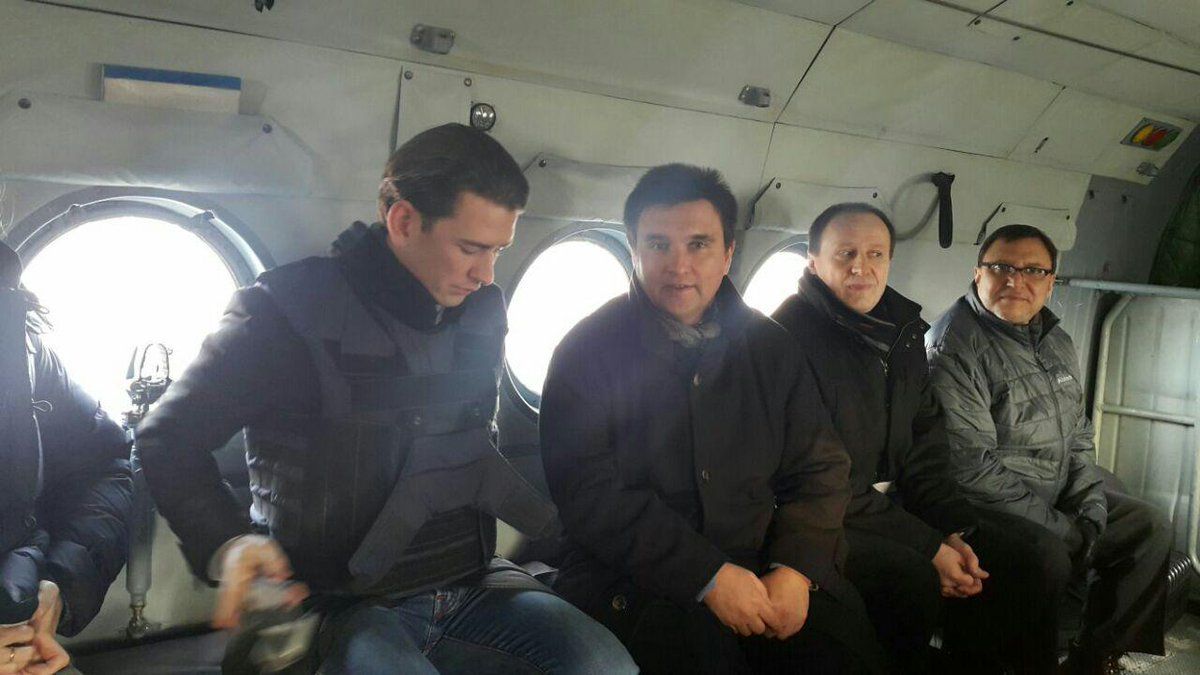 "Klimkin and Kurz on the road to Mariupol, Donetsk region," reads a tweet showing a picture of the two officials flying a helicopter.

The Ukrainian Foreign Ministry earlier noted that Klimkin and his Austrian counterpart had met in the Dnipro International Airport.

Klimkin and Kurz on January 3-4 have scheduled a joint visit to the Donetsk region to discuss the issued of deployment of the OSCE armed police mission in Donbas.

As the press service of the Ukrainian Foreign Ministry told UNIAN, the visit to Donetsk region is aimed at familiarizing the head of the Foreign Ministry of Austria in the early days of this country’s OSCE presidency with the state of implementation of Minsk agreements, socio-economic situation in the region due to the military aggression of Russia against Ukraine, as well as charitable projects with the participation of Austrian humanitarian organizations.

Klimkin and Kurz will discuss the efforts of the Austrian presidency in the OSCE in 2017, aimed at resolving the conflict in and around Ukraine, including the deployment of OSCE’s armed police mission in certain areas of Donetsk and Luhansk regions, strengthening the capacity of the OSCE SMM in Ukraine to implement the effective monitoring and verification of the implementation of the Minsk agreements.