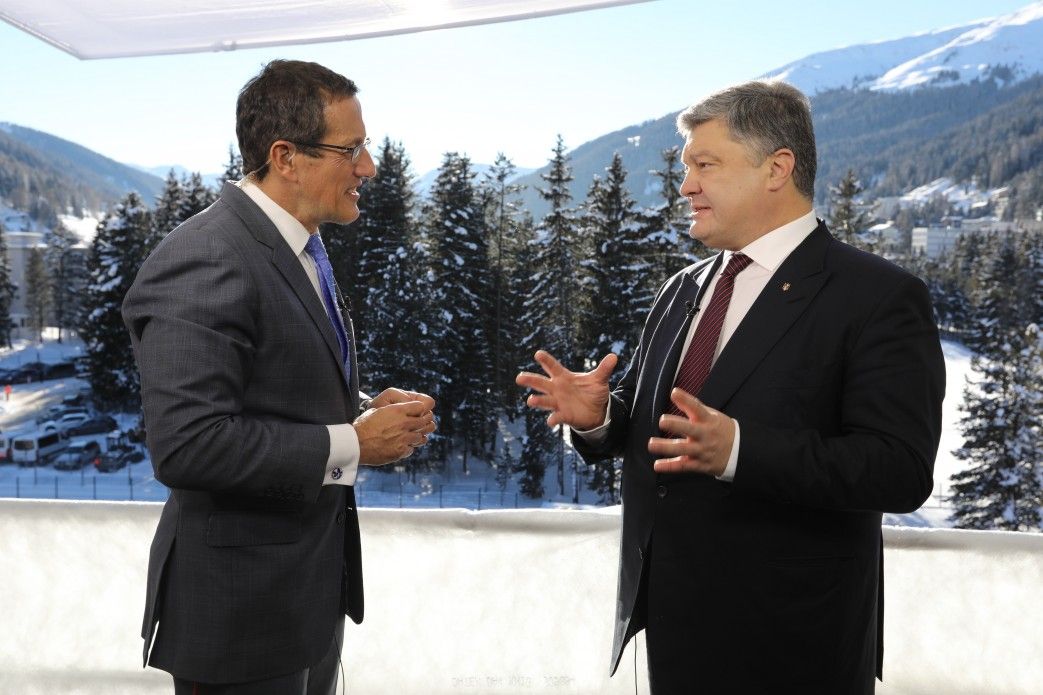 In particular, Poroshenko believes that such situation of global security has developed due to the two leaders – Syrian President Bashar al-Assad and Russian President Vladimir Putin, the report says.

Read alsoSyrian war: Assad says Aleppo bombing was justified"Here, in Davos we had an interesting topic for discussion about responsible leadership. To my mind, because of two irresponsible leaders – Assad and Putin, we have huge problems with global security," Petro Poroshenko stressed.

The president added that cyberattacks were a part of hybrid warfare of Russia.

As UNIAN reported earlier, Syrian President Bashar Assad said that Damascus was ready to discuss any issues without restrictions during the talks on the settlement of the Syrian conflict to be held in Astana.

Later it became known that the Russian Air Space Forces and the Turkish Air Force launched the first joint operation on the outskirts of the town of Al-Bab in Aleppo province.