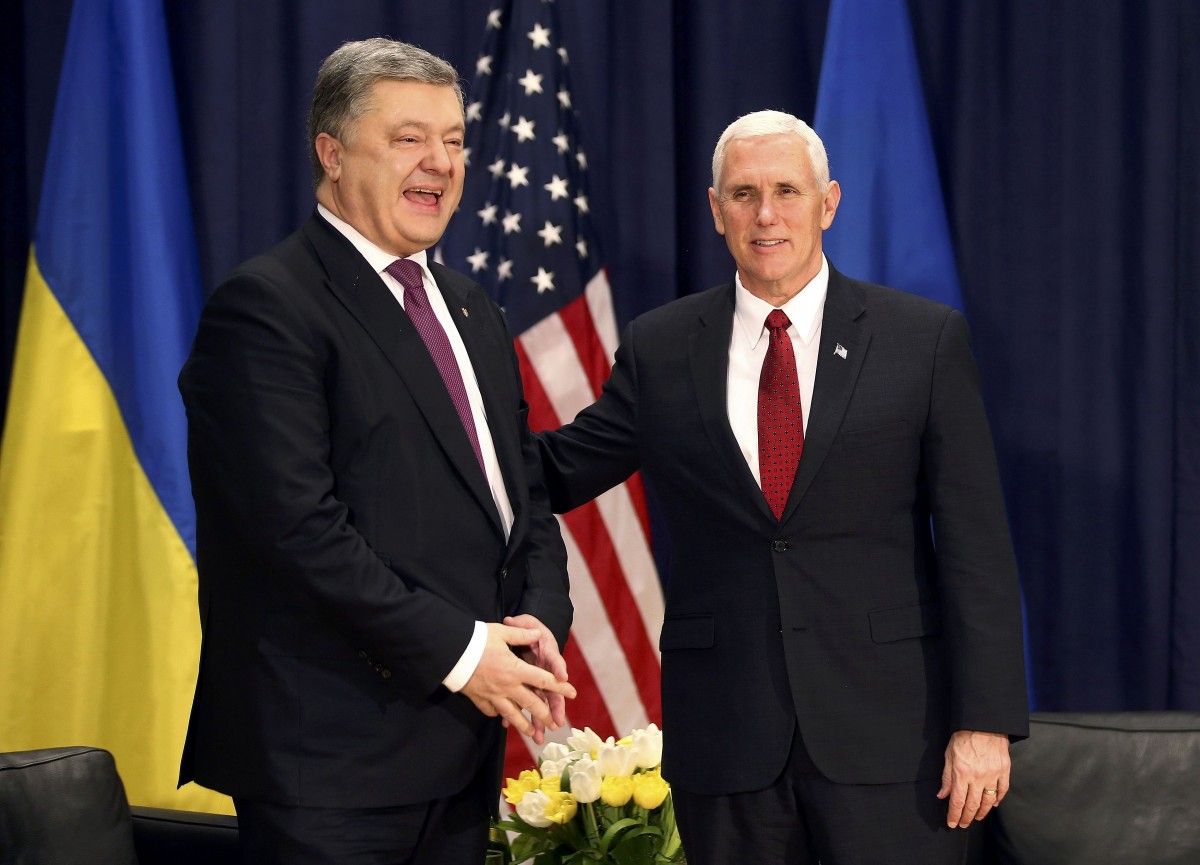 Ukrainian President noted that the meeting lasted almost twice as long as planned.

Read alsoUkrainian interest. Munich call, Trump’s U-turn on Russia, and Moldova prospects"We have discussed in detail the coordination of our actions with regard to the situation in eastern Ukraine, Russian occupation, as well as coordination of efficient steps to form the Ukrainian agenda of negotiations with Russia," Poroshenko said.

"It was very important that the results of the Normandy Four consultations were already known at the talks. I was impressed that the U.S. Vice President was very well informed about the details of the process that takes place," the president added.