Eurovision operator: Ukraine might be excluded in future if Russia doesn't participate

"No previous host country has prevented an artist performing at the Eurovision Song Contest and the EBU would not like a precedent to be set in 2017. We consider the current ban of the Russian singer as unacceptable. As a consequence, the UAPBC might be excluded from future events," the letter reads.

Deltenre informed Groysman that the EBU had received communication from a number of its members who criticize Ukraine's decision to ban Russian singer Yulia Samoilova from participating in the contest in Kyiv for violating Ukrainian legislation, and the members are considering withdrawal from the event in 2017.

Read alsoUkraine’s Deputy PM: Broadcast of Samoilova's performance on Ukrainian TV "violation of law""We have not been made aware of any information that Yulia Samoilova poses a security threat to Ukraine," Deltenre wrote.

"The EBU does everything it can to ensure that the Eurovision Song Contest remains a non-political event, and we are increasingly frustrated, in fact angry that this year's competition is being used as a tool in the ongoing confrontation between the Russian Federation and Ukraine," she wrote.

"Should this ban be confirmed by your office, it would certainly have a very big negative impact on Ukraine's international reputation as a modern, democratic European nation," she said.

Deltenre said she expected Groysman "will quickly find a solution." 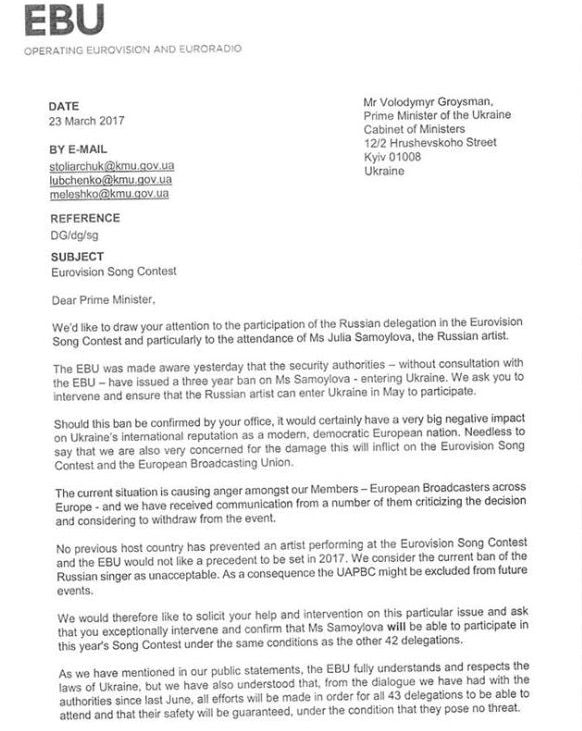 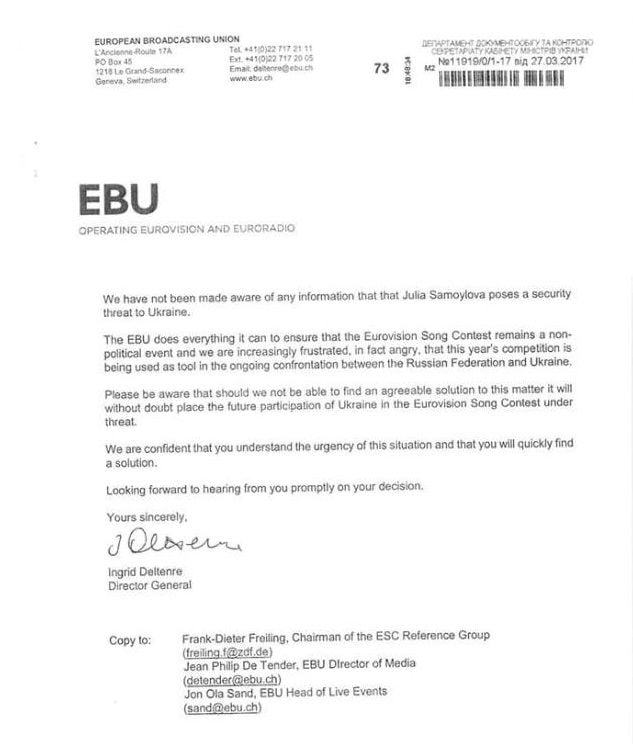 oikotimes.com
If you see a spelling error on our site, select it and press Ctrl+Enter
Tags:RussiaEurovisionSamoilova