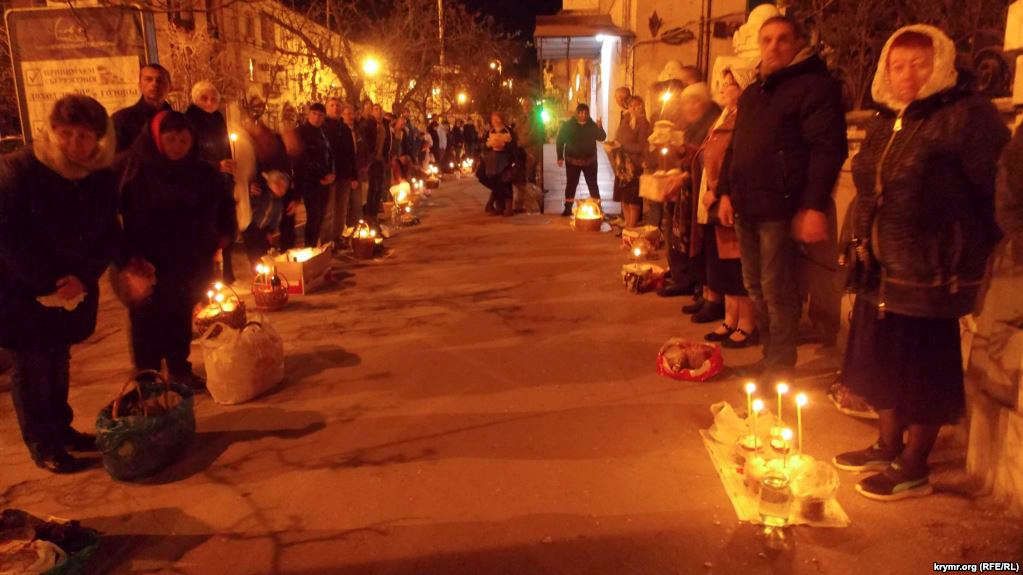 Orthodox churches and ecclesial communities of Crimea and Sevastopol are subordinated to the Kyiv Metropolis of the Moscow Patriarchate. According to eyewitnesses, there were few representatives of the "police" and security on the streets of the city on Easter night. Parishioners also said that there were "Cossacks with whips" along with authorized law enforcers in churches, Krym-realii reports.

Read alsoPatriarch Filaret: No Ukraine if church dependent on MoscowIt is noteworthy that representatives of the Kyiv Patriarchate have been subjected to pressure from the Russian-backed authorities since the annexation of Crimea and after a meeting of Ukrainian and Crimean bishops in Kyiv in autumn 2014 took a decision to support the territorial integrity of Ukraine and condemned the attempts to stir havoc and discord.

If you see a spelling error on our site, select it and press Ctrl+Enter
Tags:CrimeaEasterSevastopol