Hague court to decide on further steps in Ukraine vs. Russia case on May 12 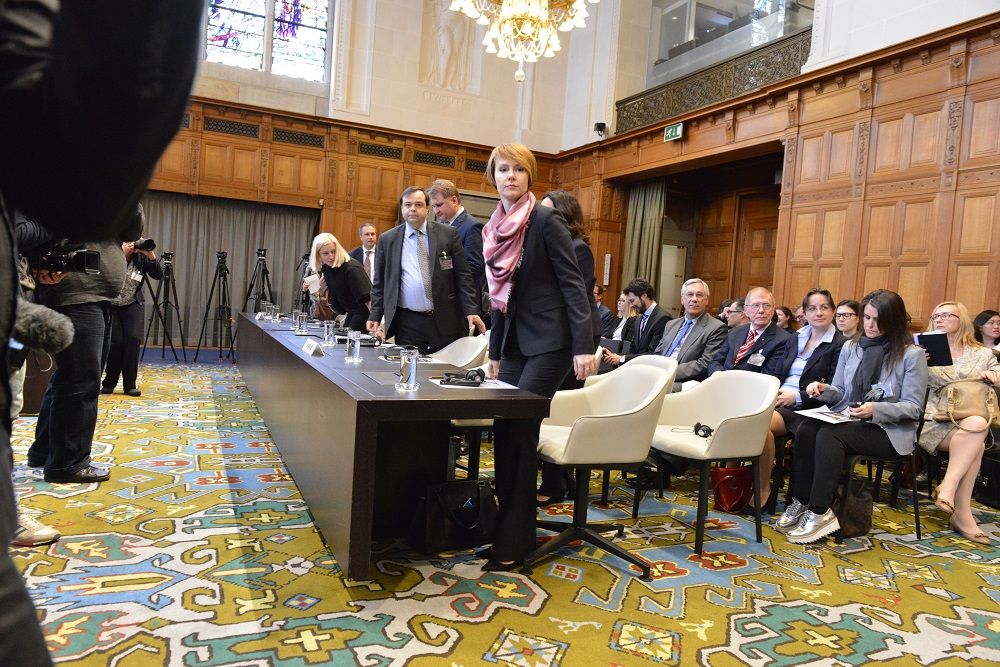 "On May 12, we will meet again in The Hague, and the president of the court will decide on further measures of the case, namely how it will proceed and how much time we'll be given to prepare a basic memorandum where we must present all evidence in detail, including the mental element in this case," Zerkal said during a meeting attended by Ukrainian President Petro Poroshenko, Foreign Minister Pavlo Klimkin and Deputy Head of the Presidential Administration Kostiantyn Yeliseyev.

Zerkal was also positive about the court's recent conclusions.

"The court has really backed Ukraine, and this is very important. This is especially important in view of the fact that the matter concerns one of the permanent members of the UN Security Council," she added.

Read alsoICJ rules not to apply provisional measures against Russia for financing of terrorismAs UNIAN reported earlier, the ICJ on April 19 announced its conclusions to partially meet Ukraine's request for provisional measures vis-à-vis Russia. All the approved measures concern the Convention on the Elimination of All Racial Discrimination.

At the same time, the court issued an order refusing to satisfy Ukraine's request on introducing provisional measures against Russia under the International Convention for the Suppression of the Financing of Terrorism (ICSFT).

Ukraine instituted proceedings against the Russian Federation on January 16, 2017, with regard to alleged violations of the International Convention for the Suppression of the Financing of Terrorism of December 9, 1999, and the International Convention on the Elimination of All Forms of Racial Discrimination of December 21, 1965. Both states are parties to these two instruments.

The claims with the ICJ were filed to stop Russian funding of the illegal armed formations in Donbas and restore operations of the Mejlis of the Crimean Tatar people in the Russian-occupied Crimea.

The ICJ held hearings March 6-9. Russian representatives fully refuted the accusations, claiming that no legal and factual base exists to introduce the provisional measures.