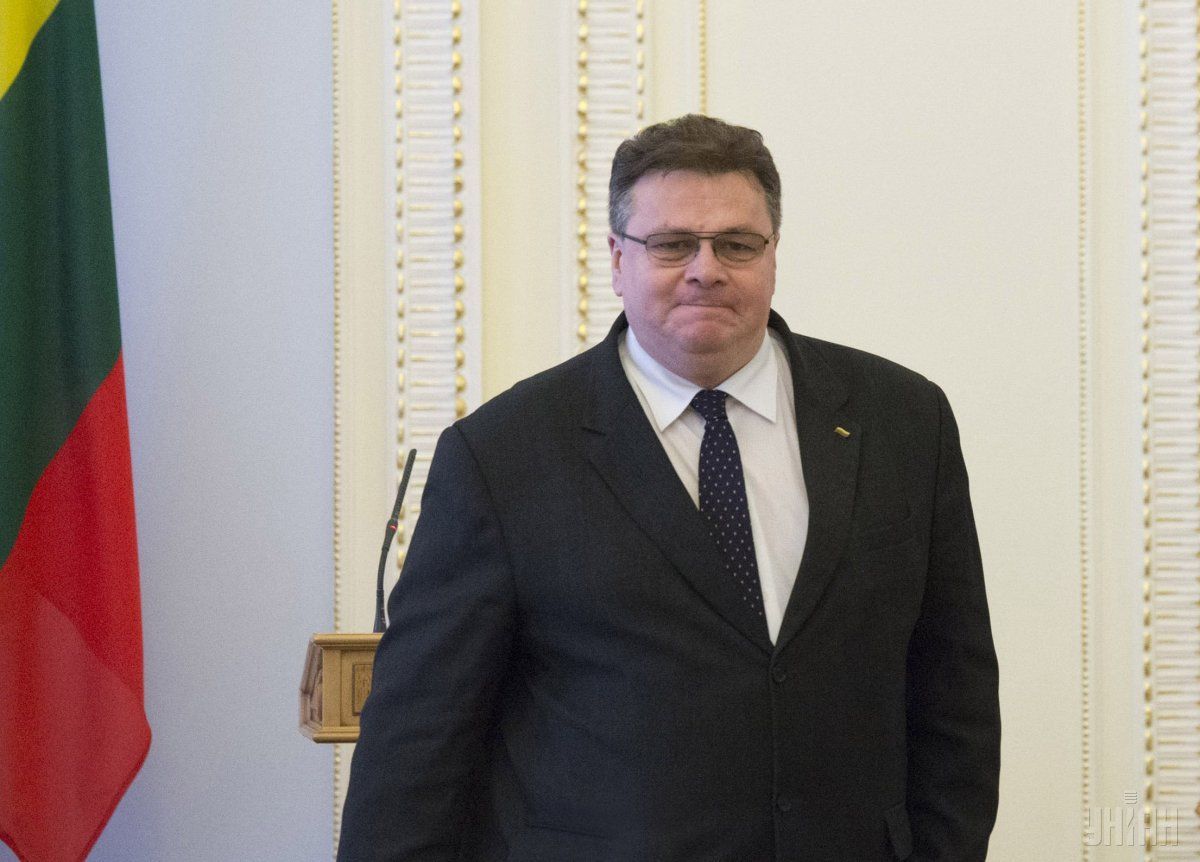 During the meetings, the officials expressed their intention to fill their strategic partnership with new content. They agreed upon further measures to improve political dialogue and close cooperation between the MPs of the Verkhovna Rada of Ukraine and Seimas of Lithuania within regional and international formats.

Read alsoKlimkin condemns "cynical election" in occupied South OssetiaMinister of Foreign Affairs of Lithuania Linas Linkevicius noted the unchanged position of the Lithuanian side in support of Ukraine's sovereignty and territorial integrity, strict condemnation of the ongoing Russia's military aggression in Donbas and the non-recognition of the annexation of Crimea. He expressed hope that the decision to grant Ukrainians a visa-free regime for short-term trips to the Schengen countries would be finally accepted in the near future.

In turn, Klimkin expressed gratitude to the Lithuanian government for support of Ukraine's sovereignty and territorial integrity. He noted especially the considerable practical assistance provided to Ukraine by Lithuania, namely the medical rehabilitation of wounded Ukrainian servicemen and the organization of health improvement and education of schoolchildren and students from eastern Ukraine.

As UNIAN reported, Ukraine's foreign minister is paying a working visit to the Republic of Lithuania today, April 25.

If you see a spelling error on our site, select it and press Ctrl+Enter
Tags:KlimkinLinkevicius