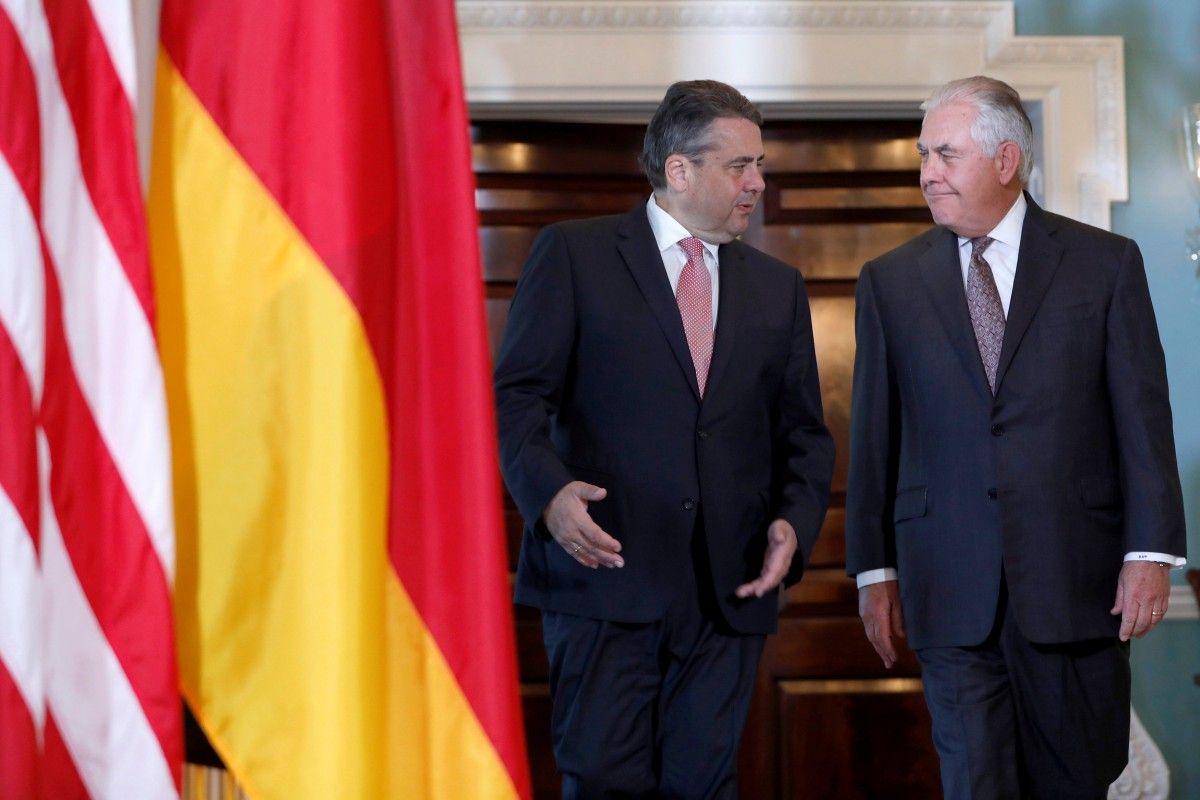 The chief of the German Federal Foreign Office made such a statement in Washington, D.C., on Thursday, May 18, after a meeting with U.S. Secretary of State Rex Tillerson and U.S. President Donald Trump's national security adviser, Lt. Gen. H.R. McMaster, Deutsche Welle reported.

According to the German official, both U.S. officials clearly spoke out for cooperation aimed at reaching a compromise on this issue.

"It was not so clear at the beginning of the new government's work," Gabriel said, quoted by dpa.

Read alsoPoroshenko: Normandy format remains Ukraine's interestAt the moment, only Germany and France, which are parties to the so-called "Normandy format," represent the West in the active talks on the Donbas crisis.

At the same time, the German minister stressed that the stable government in Washington is needed given the current tense situation in the world.

"America must be capable of powerful action in the international arena, acting jointly with us, Europeans," Gabriel said.

In his opinion, America's self-isolation would lead to the fact that the vacuum will be filled by others. "We are interested in Americans' powerful international efforts," he added.

If you see a spelling error on our site, select it and press Ctrl+Enter
Tags:DonbasUSATillersonGermanyNormandyGabriel