Kyiv court arrests accomplice to murder of Voronenkov for two months, without bail 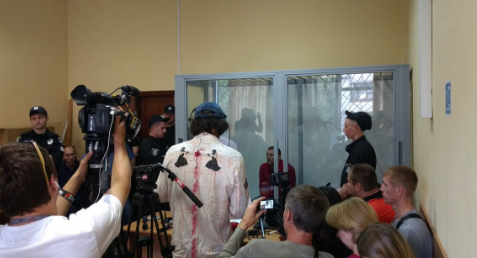 Tarasenko is charged with a premeditated murder committed by a group of persons upon prior conspiracy under cl.12, part 2 of Art. 115 of the Criminal Code of Ukraine.

"During the trial, the prosecutor provided substantiated evidence of the person's involvement in the organization and murder of Denis Voronenkov. In addition, the prosecutor in his petition noted that the said person is simultaneously accused in another criminal proceeding, which is currently being considered in the Novomoskovsky District Court of Dnipropetrovsk region on charges of committing a series of violent crimes using firearms," the press service said.

At the same time, as a risk, the prosecutor pointed to the suspect's ability to hide from the investigation, influence witnesses, destroy things or distort documents that are important in the investigation, or otherwise impede criminal proceedings.

Read alsoSuspect in murder of Russian Duma's ex-deputy Voronenkov detainedThe court, considering the prosecutor's arguments, found them grounded and ordered to arrest the suspect for 60 days.

Voronenkov and his wife, the singer Maria Maksakova, who was also a Russian politician, were granted Ukrainian citizenship in December 2016 after fleeting Russia. A former Communist Party member in the Russian parliament, he feared for his safety after speaking out against Russian President Vladimir Putin.

Read alsoUkraine's chief prosecutor reveals some details about assassin of ex-Russian MPVoronenkov had been a vocal critic of the Kremlin's actions in Crimea and eastern Ukraine. He told Ukrainian media in an interview that Russia was going through a "pseudo-patriotic frenzy" similar to Nazi Germany.

Russia launched a smear campaign against Voronenkov last year, pinning US$ 5 million fraud charges on him and his wife.

If you see a spelling error on our site, select it and press Ctrl+Enter
Tags:Voronenkovarrestcourt