Poroshenko announces finalization of agreement with U.S. on arming Ukraine 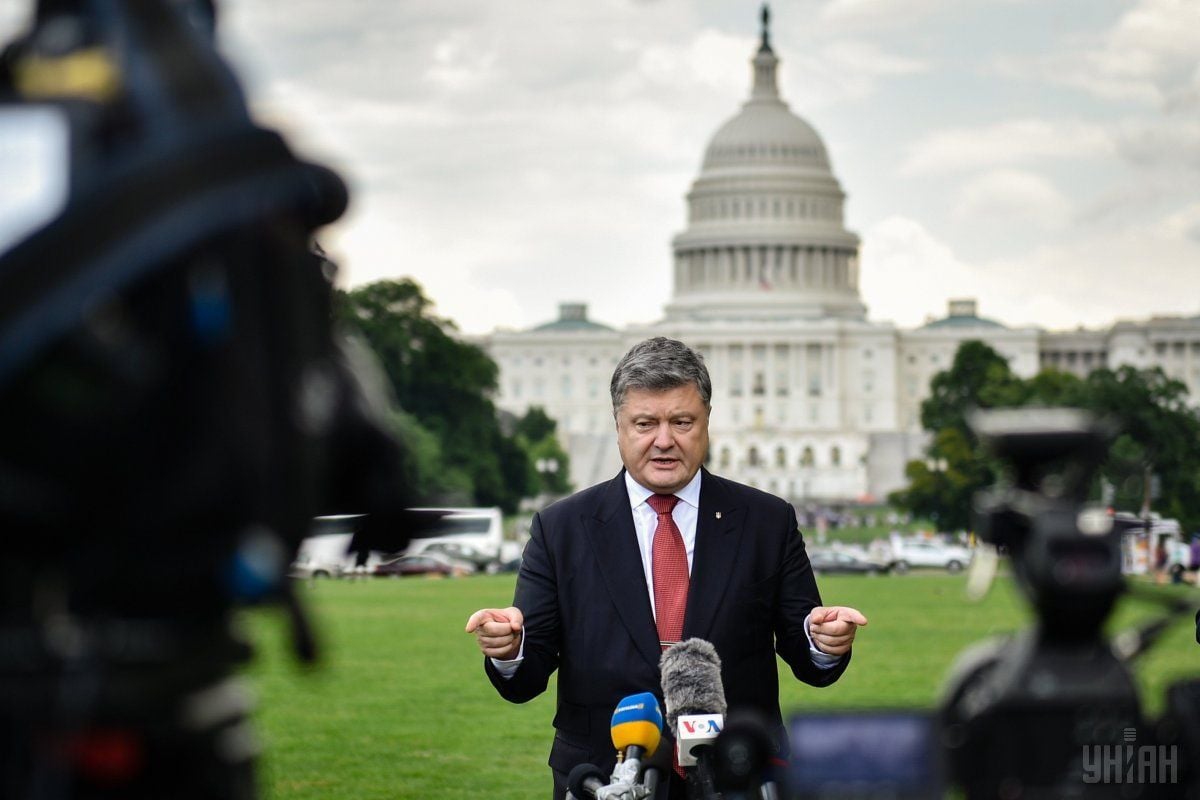 "We've agreed that an agreement on the supply of defensive weapons is now being finalized along with an agreement on military and technical cooperation, cooperation in research and development, and many other agreements with the U.S. Department of Defense, and it would have taken much more time if not the [recent] visit [to the United States]," Poroshenko told Ukrainian TV channels on Sunday, June 25.

"I'd like to particularly mention a meeting at the Pentagon. It's just emotional: as you arrive – the Ukrainian national anthem is played at the Pentagon's entrance first, Ukrainian flags are flying, representatives of all the armed forces of the United States are lining up. And when our delegation was at the Pentagon, we heard the inspiring words of U.S. Secretary of Defense ... Mattis," he said.

Read alsoPoroshenko discusses situation in Donbas with U.S. Secretary of DefenseAccording to the president, the chief of the Pentagon is very well informed about the state of affairs in the Armed Forces of Ukraine. "We are proud of what you've managed to do, and we are proud of your armed forces," Poroshenko quoted Mattis as saying.

The talks at the Pentagon were also attended by chief of the General Staff of the Armed Forces of Ukraine Viktor Muzhenko.

"He [Mattis] says: we know Victor, this is a real hero, we are very happy with what you've managed to achieve within three years, you should be proud of this. He [Mattis] said it was not just a polite gesture, it is the opinion of all American experts, advisers who are currently working, including four-star generals, namely General Mattis' former heads working with the Armed Forces of Ukraine now. He [Mattis] says he will do everything possible to expand our defense cooperation, tackle the issue of providing Ukraine with defensive weapons, and that was a great success," Poroshenko said.

As UNIAN reported earlier, Poroshenko met with his U.S. counterpart Donald Trump on June 20. Following the meeting, the Ukrainian president announced that the two had discussed the support of Ukraine in countering Russian aggression and further sanction policy against Moscow.

The White House in turn reported that the presidents had met to discuss the support of a peaceful resolution to the Donbas crisis.

If you see a spelling error on our site, select it and press Ctrl+Enter
Tags:PoroshenkoUSATrumpweaponsdefenseMattisdefensive