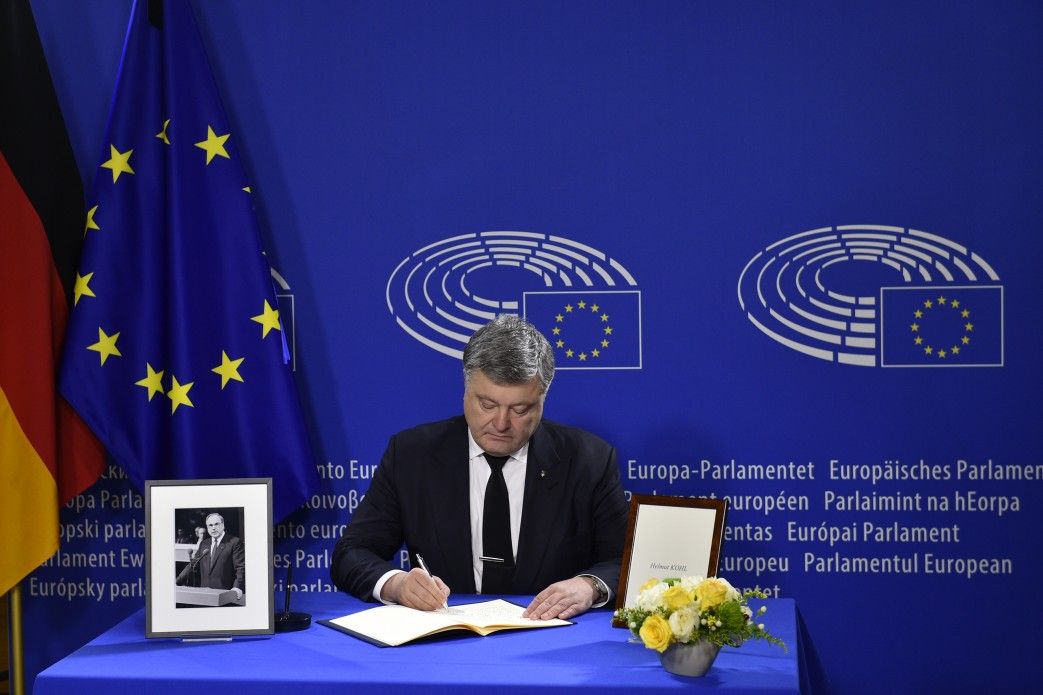 "Today here in Strasbourg, Germany, Europe and the whole world are saying goodbye to the great German, the great chancellor who united Germany, the great leader of the united Europe and the great friend of Ukraine, who saw Ukraine and the Ukrainian people in the family of European nations," Poroshenko said at the farewell ceremony for former German Chancellor Helmut Kohl on June 1.

The president noted that on behalf of the Ukrainian people he honored the memory of "the great German and the great European with gratitude for everything that was done."

Poroshenko stressed that it was Kohl who found the right language with the Soviet Union.

Read alsoGermany sees 'very difficult' situation in eastern Ukraine – media"It was he who took great steps to make peace, and that there should never be a war again. Today it is time to learn from Chancellor Kohl how to solve complex problematic issues," the president added.

The farewell ceremony for Kohl in Strasbourg was attended by many world leaders.

After the ceremony in Strasbourg, the coffin will be delivered to Germany by helicopter and taken to the Cathedral of Speyer, where a requiem and farewell will be held with military honors.

According to Kohl's will, he will not be buried at his family burial site in the Oggersheim suburb of Ludwigshafen, but will be laid to rest near Speyer's Catholic cathedral.

If you see a spelling error on our site, select it and press Ctrl+Enter
Tags:PoroshenkoUkraineGermanyceremony