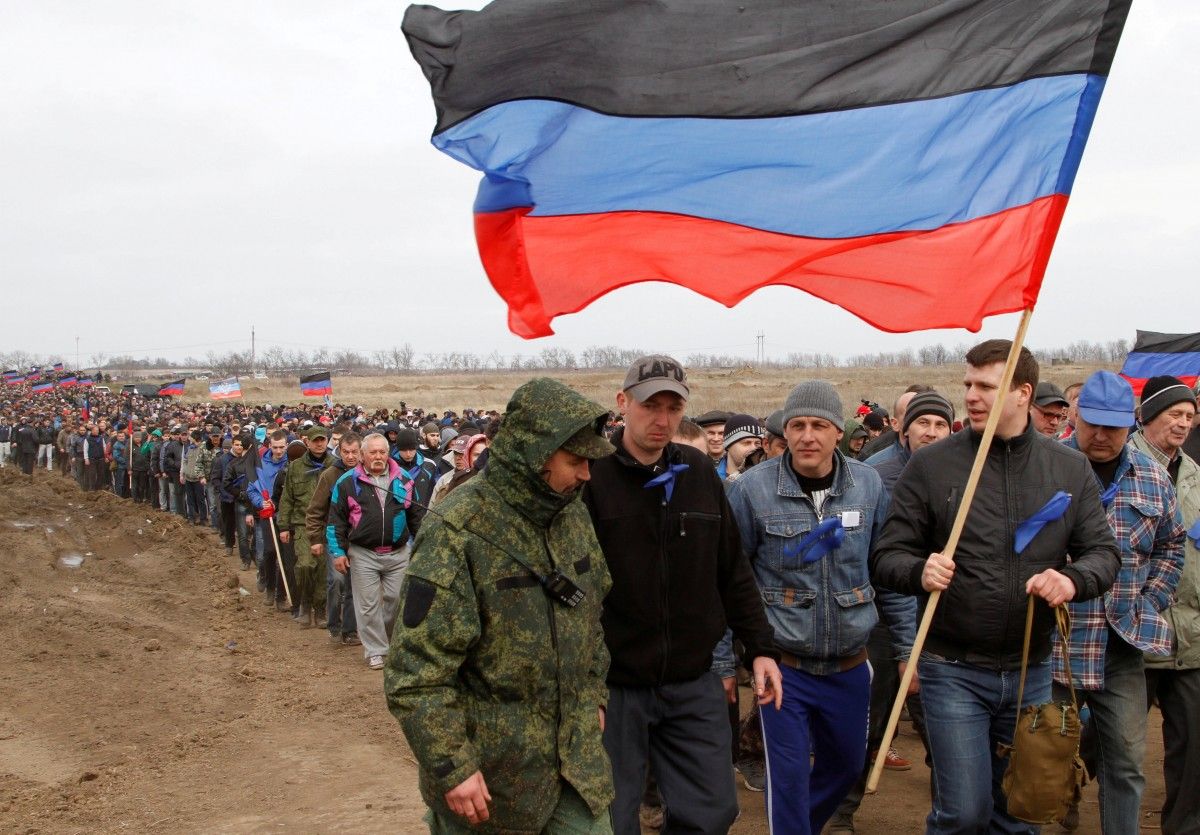 The document was planned to be considered and approved at a meeting of the National Security and Defense Council on Monday, July 17, but the consideration was postponed, according to the news portal hromadske.ua.

Turchynov explained this by "the need to hold additional consultations with our strategic partners," hromadske.ua said.

Officials and lawmakers polled by hromadske.ua do not rule out that the document will be considered by the Verkhovna Rada only in autumn, as parliament will go into its summer recess from July 14.

The portal has published the summary of the draft law on the specifics of state policy to restore Ukraine's sovereignty in temporarily occupied areas in Donetsk and Luhansk regions.

This is the first Ukrainian law that recognizes the Russian occupation of Donbas as a result of military aggression. This is the first attempt to give a legislative assessment of the war in the east of Ukraine.

Article 1 of the draft law gives a clear definition of temporarily occupied areas, as well as provides a list of military formations that control that territory.

The boundaries of the temporarily occupied areas shall be defined by the Ministry of Defense of Ukraine as proposed by the General Staff of the Armed Forces. A special legal regime shall be introduced in the occupied areas.

Article 2 of the draft mentions documents and property rights applicable in the occupied territory. In particular, any documents, decisions, etc. that have been issued in uncontrolled territory shall be deemed as invalid.

People, regardless of their status of internally displaced persons, shall retain rights to property that remains in the occupied areas. The same way, the state retains its ownership of assets in uncontrolled territory.

"The state of Ukraine, territorial communities of villages, towns and cities located in temporarily occupied areas shall retain their right of ownership of property, including real estate, namely land."

Article 4 describes the purpose of state policy to restore sovereignty. It proposes the following steps:

- to liberate the areas and restore constitutional order;

- to protect the rights and freedoms of individuals who have suffered from Russian aggression.

"The government authorities shall use existing opportunities to protect the rights and freedoms of Ukrainian citizens living in the occupied areas."

However, the draft law does not give any other details regarding this matter.

Yet, it states that "it is necessary to take comprehensive measures to ensure national security and defense, deterring Russian aggression."

"The foundation of the protection of citizens' rights and freedoms... is the promotion of their social and economic needs, the rebuilding of humanitarian and cultural ties, [the provision of] access to the Ukrainian media, and national means of legal defense."

Article 6 of the draft law states: "Ukraine is not responsible for the illegal actions of Russia as an aggressor state and its illegal armed formations controlled by it in certain districts in Donetsk and Luhansk regions."

Article 7 states that Ukraine has an undeniable right to defend itself that can be exercised.

For this purpose, the Armed Forces of Ukraine, the SBU Security Service of Ukraine, the intelligence service, the National Guard and other forces shall be engaged. This is stipulated in Article 8.

Article 9 determines the powers within which the president is authorized to take decisions during the operation of this law.

"The President decides on the use of the Armed Forces, other military units, to deter and repel the armed aggression of the Russian Federation." It is the president who also declares martial law.

Article 10 highlights the division of powers.

The Joint Operation Headquarters of the Armed Forces of Ukraine shall perform command and control functions.

Read alsoLosses from Russian aggression in Donbas estimated at about $50 blnThe Chief of Staff shall be appointed by the President as proposed by the Chief of the General Staff.

All who are involved in ensuring national security in Donetsk and Luhansk regions shall be subordinate to the Chief of the Joint Operation Headquarters.

The last article, Article 11, states that the rules of crossing the contact line and transportation of goods shall be also determined by the Chief of the Joint Operation Headquarters.

Zakon 001 from RBC-Ukraine
If you see a spelling error on our site, select it and press Ctrl+Enter
Tags:RussiaDonbasoccupationRussianAggressionlawreintegration