Russian Prime Minister Dmitry Medvedev will hold a meeting on the state and prospects of industrial development in the occupied Crimea as part of his visit to Feodosia on Friday, August 4, according to RFE/RL's Krym-Realii media project. 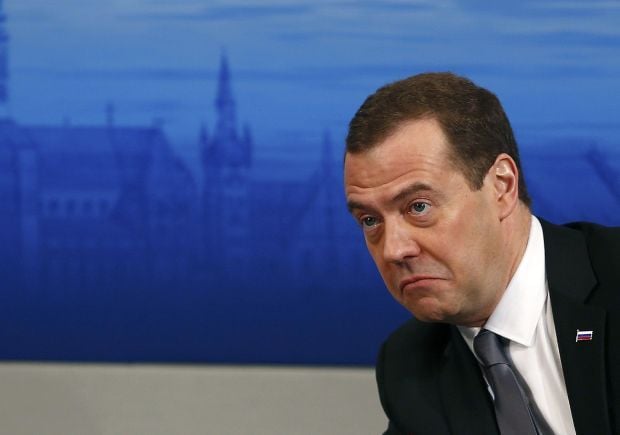 The event is planned to be held at the More shipyard in Feodosia, Crimea, Krym-Realii reported.

Russian Vice Premiers Arkady Dvorkovich and Dmitry Rogozin, Plenipotentiary Representative of the Russian President in the Southern Federal District Vladimir Ustinov, the Kremlin-appointed head of Crimea Sergey Aksyonov, the provincial governor of Sevastopol Dmitry Ovsyannikov, representatives of ministries and departments, as well as heads of profile enterprises will attend the meeting.

If you see a spelling error on our site, select it and press Ctrl+Enter
Tags: #Russia#Medvedev#visit#occupiedCrimea
Latest news