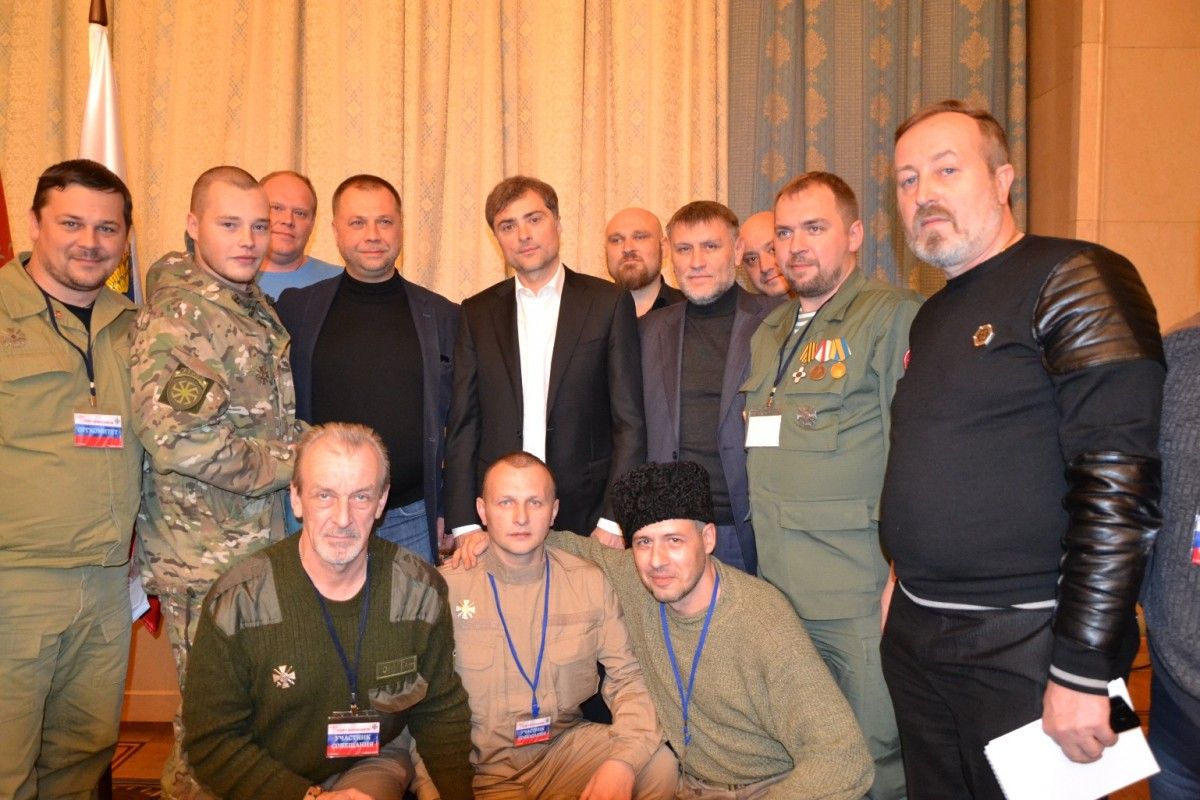 Vladislav Surkov, Moscow's point person, is a powerful Kremlin adviser who has played a central role in encouraging, organizing and managing the pro-Russia separatists fighting against Ukraine's central government, according to former rebel leaders and Ukrainian and Western officials, Fox Business wrote.

A top aide to Russian President Vladimir Putin, Mr. Surkov has been involved with the rebels, who hold sway over territory in eastern Ukraine, since early 2014, shortly after Russian forces seized the country's Crimean peninsula, these people say. He is under U.S. and European sanctions for his role in the annexation of Crimea.

Read alsoU.S. State Dept confirms Volker to meet Russia’s representative in Minsk"Putin is the father" of the separatist movement, said Valentyn Nalyvaichenko, who headed Ukraine's security agency during the first 15 months of the insurgency. "Surkov is the babysitter."

Mr. Surkov, 52, is a former public-relations executive who served in military intelligence in the 1980s, according to people familiar with his biography. In the 2000s, he served as Mr. Putin's deputy chief of staff and helped design the Russian leader's tightly controlled political system.

As protests against pro-Russian Ukrainian President Viktor Yanukovych turned violent in early 2014, Mr. Surkov shuttled to Ukraine to meet with Mr. Yanukovych, politicians and businessmen close to him, as well as political leaders in Crimea, according to Mr. Nalyvaichenko and another Ukrainian official. Mr. Yanukovych later fled to Russia and a new government took power.

Read alsoHigh-profile Kremlin official sacked following SurkovLeaks – mediaIn March, Mr. Surkov began to reach out to the local activists in some parts of eastern Ukraine near the Russian border, according to one of them, gathering information.

In May 2014, a group of security-service veterans and a public-relations executive arrived from Moscow to advise the insurgents, said Mr. Aleksandrov, the former separatist leader. Some locals perceived their appearance as a takeover by the Kremlin, coordinated by Mr. Surkov, he said.

"We gave them the keys to the town," Mr. Aleksandrov said. "They squeezed out the first wave of leaders."

That's when Mr. Surkov started to play a decisive role in how rebel areas were run, said Mr. Aleksandrov and other former separatist leaders, molding the leadership and structure to bring it under Moscow's control.

Mr. Surkov had experience in helping manage the politics of Russia's periphery. In 2013, he became point man for disputed territories that Russia carved from the former Soviet republic of Georgia after a war in 2008.

Read alsoKremlin's idea of Kyiv's potential return to Russian orbit delusional - mediaIn August 2014, Mr. Surkov orchestrated the switch in the so-called Donetsk People's Republic, the largest of the two separatist areas, from a Moscow public-relations executive to a local military commander seen as loyal to Moscow, Mr. Alexandrov said, with the aim of disguising the fact that Moscow was running the show.

The intervention forced Ukraine to the negotiating table for peace talks.

Mr. Surkov then headed to Donetsk, the separatist stronghold, to explain the deal to local leaders and check on their work, according to separatist leaders from the time.

At a meeting with several separatist commanders who wanted to carry on fighting, Mr. Surkov challenged them, according to a person present. "What's the alternative" to peace negotiations?" Mr. Surkov said, according to Andrei Pinchuk, then the separatists' security chief. "Go and fight, if you want it so much. We'll see how long you last."

Mr. Surkov visited again in February 2015 after a fresh peace deal was reached in Minsk. In a sign of his influence, he was called on to adjudicate a dispute between two local military commanders and visited the front lines of the conflict, according to Mr. Pinchuk.

Mr. Surkov held meetings with a top U.S. State Department official, Victoria Nuland, in 2016 that were aimed at finding a breakthrough.

Still, he maintained ties with the rebels. In November last year in Moscow, Mr. Surkov was as a guest at a meeting of a group of former Russian volunteer fighters, according to a photo and two separatist leaders who lead the group.

The discussions with Ms. Nuland appeared to make some progress on a potential handover of control of Ukraine's border to Kiev's control, according to people familiar with the talks, but halted when Donald Trump won the U.S. presidential election and Ms. Nuland left her position.

If you see a spelling error on our site, select it and press Ctrl+Enter
Tags:RussiaDonbasUkraineUSASurkovVolker