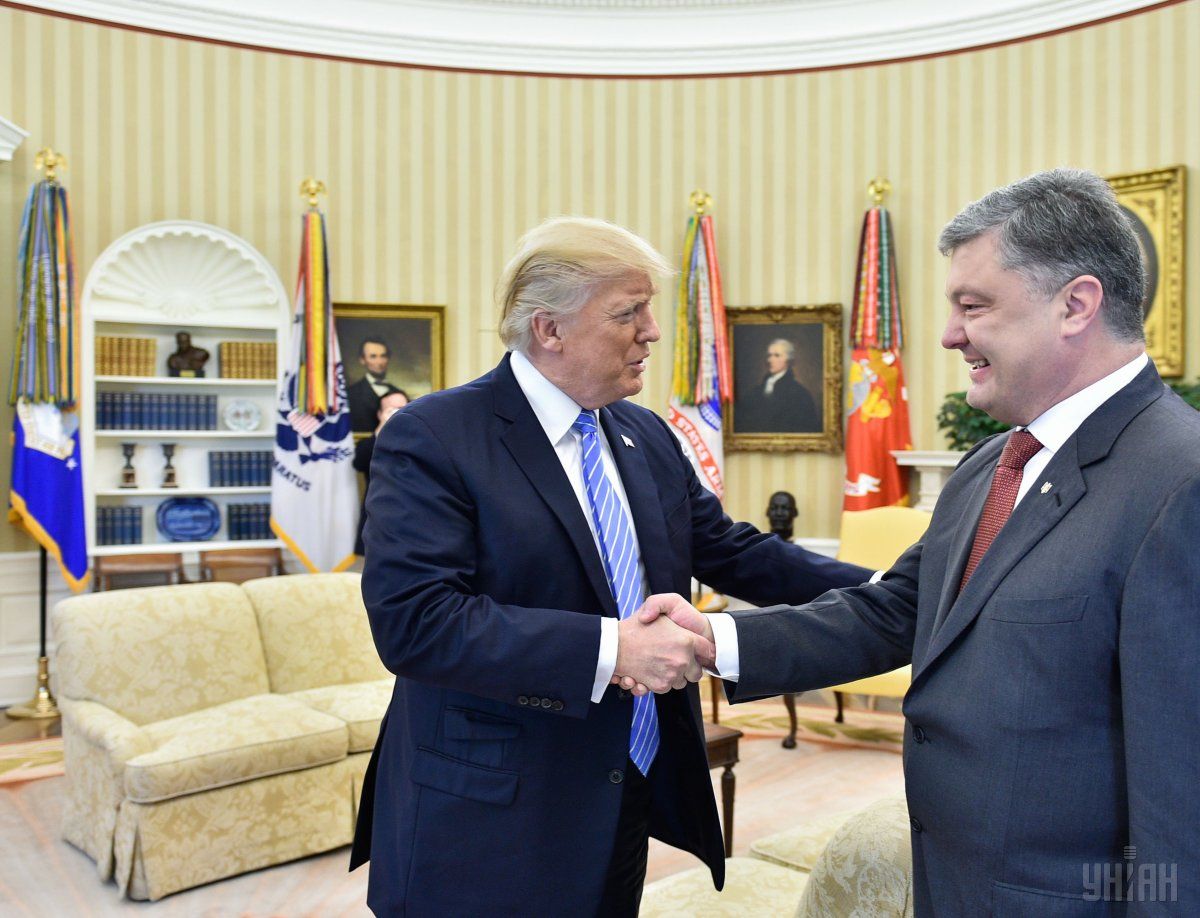 "From the day Ukraine declared independence on August 24, 1991, and particularly since the Revolution of Dignity, the United States has supported Ukraine's aspirations of becoming a truly European nation," reads the letter of congratulation.

Read alsoIndependence Day Parade: symbolism and practicality"Rest assured the United States will continue to support these goals and work with you, our European partners, and other like-minded countries to restore Ukraine's sovereignty and territorial integrity," Trump stressed.

The U.S. President has conveyed sincere congratulations and wishes, stressing that Independence Day is a special date to celebrate Ukraine's independence and all that has been accomplished, while many challenges lie ahead.

If you see a spelling error on our site, select it and press Ctrl+Enter
Tags:PoroshenkoTrumpindependencedaycongratulations