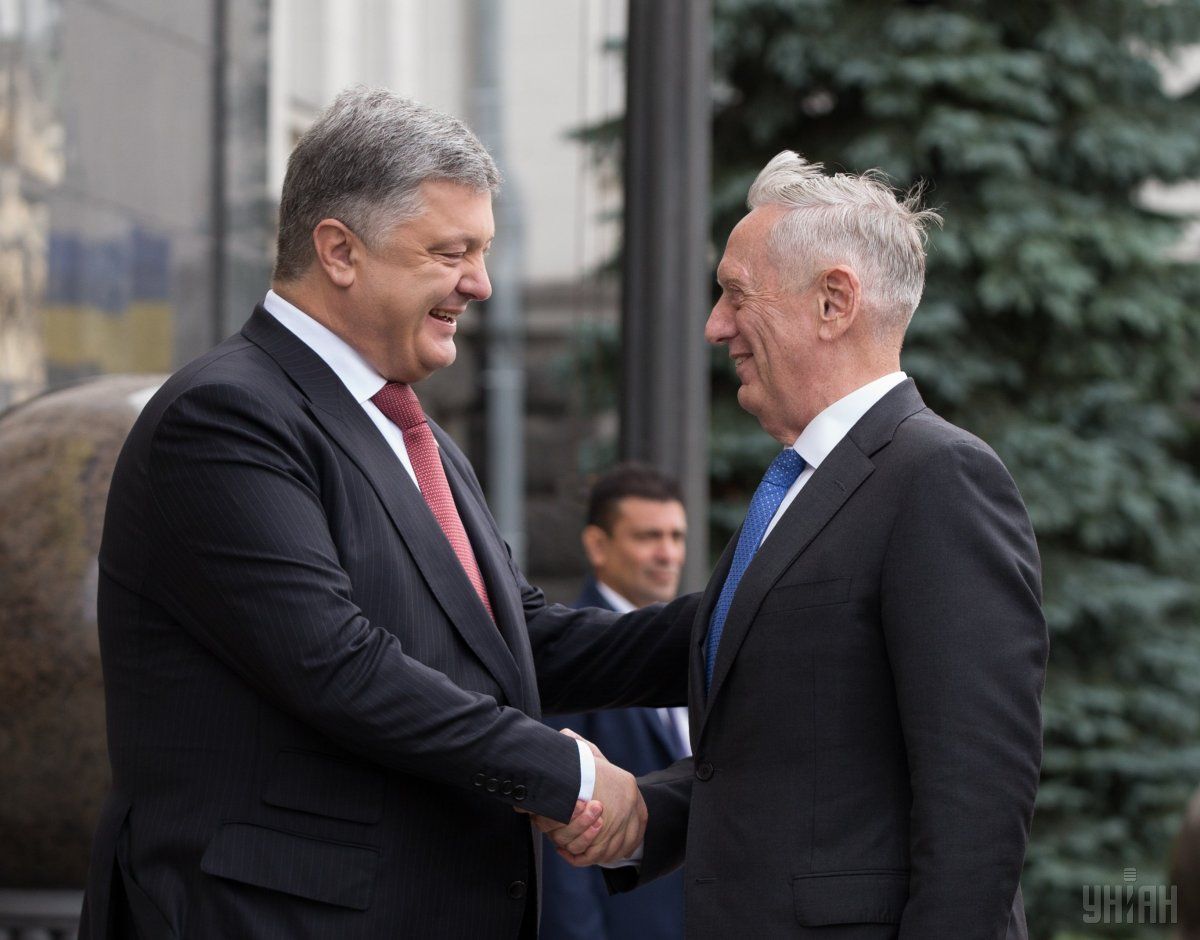 "We have exchanged views with the U.S. Defense Secretary on strengthening the international presence in Donbas. We are talking about the possible deployment of a UN peacekeeping mission with the mandate of the UN Security Council in certain areas of Donetsk and Luhansk regions," the president said at a joint press conference with the Pentagon chief in Kyiv on August 24.

Read alsoPoroshenko expects extremely important talks with Pentagon chief"We emphasize that such an international presence would help create the necessary security conditions for the promotion of the political track of the peace process," the head of state said.

As UNIAN reported earlier, Poroshenko said on August 22 he intended to submit the idea of deploying a peacekeeping mission in Donbas to the UN General Assembly the following month.

If you see a spelling error on our site, select it and press Ctrl+Enter
Tags:DonbasmissionMattispeacekeepingdeployment