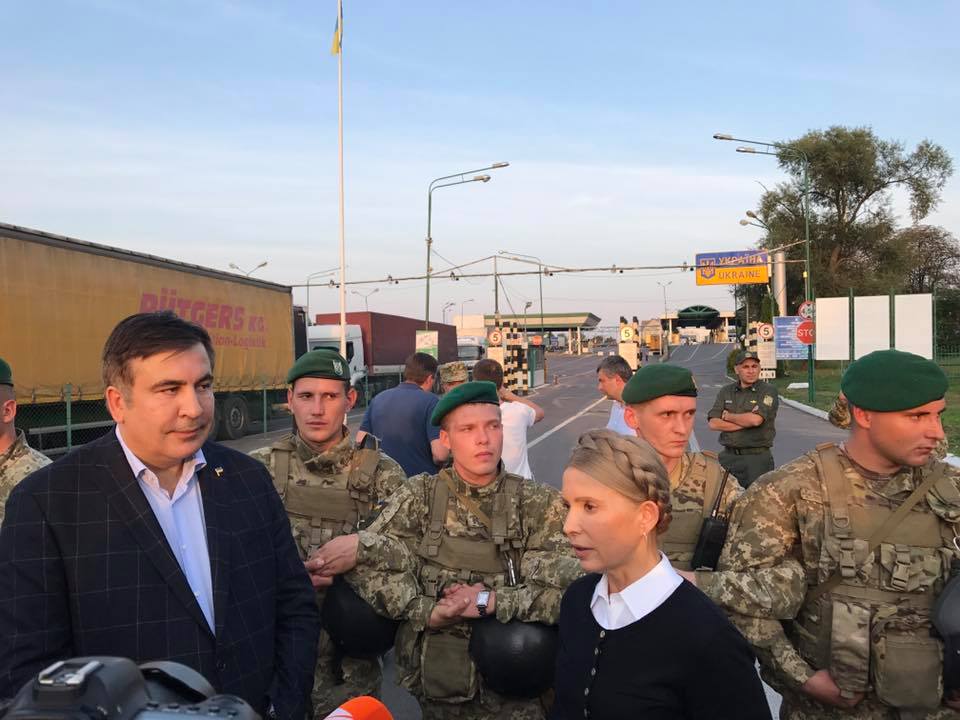 Former Georgian President Mikheil Saakashvili crossed the Ukrainian border at the Shehini border checkpoint, according to an UMH correspondent reporting from the scene.

"Peaceful people from the Ukrainian side peacefully came to the Ukrainian border and absolutely peacefully took the delegation with people's deputies and Saakashvili and then peacefully moved to the territory of Ukraine by foot," TSN news service wrote.

At the same time, Ole Slobodyan, spokesman for the State Border Guard Service of Ukraine, said a crowd "broke through" the checkpoint, and a fight broke out with the border guards.

"The crowd broke through the Shehini checkpoint. A fight broke out. Now it is difficult even to predict the consequences of this situation," Slobodyan wrote on Facebook.

In a comment to UNIAN Slobodyan said that Mr Saakashvili crossed into Ukraine illegally as he had not gone through any ID verification.

As UNIAN reported earlier, after the departure of Saakashvili's train was suspended by Ukrzaliznytsia management until he got off, the politician decided to travel to Ukraine by bus, choosing Shehini checkpoint as the point of entry.

If you see a spelling error on our site, select it and press Ctrl+Enter
Tags:UkraineborderSaakashvili