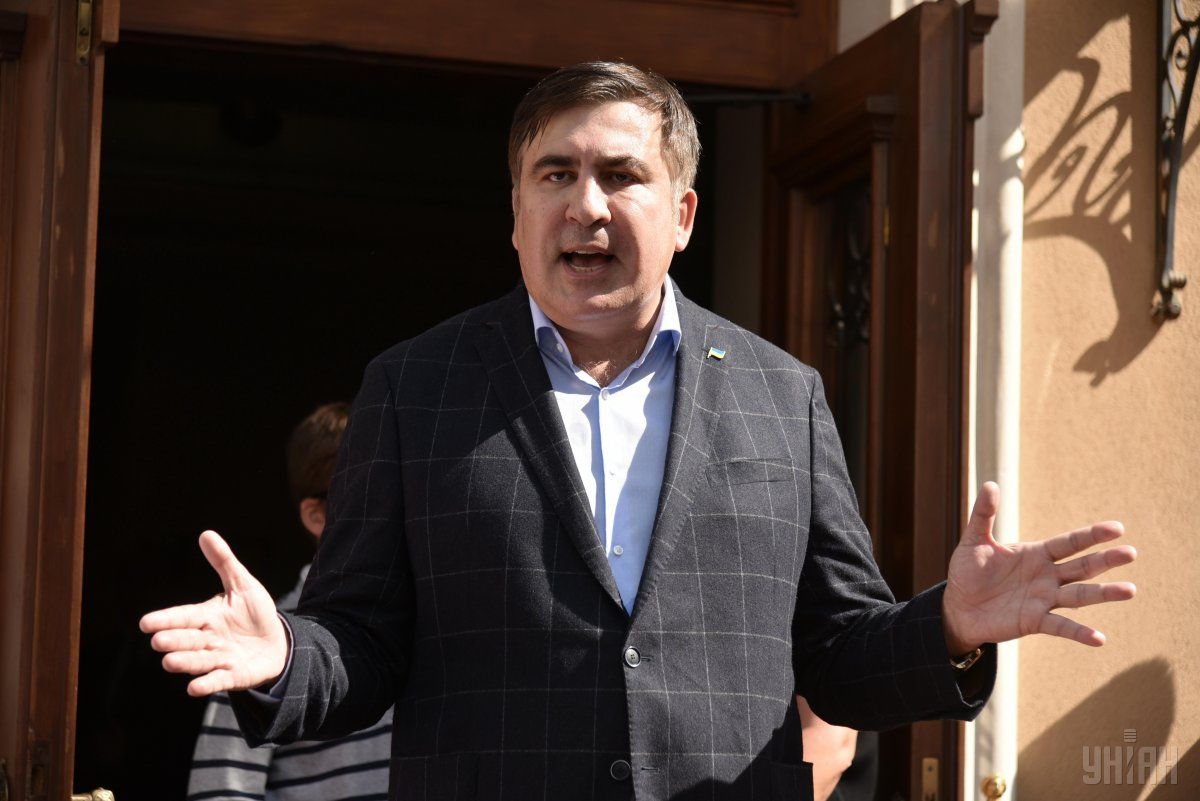 "Very informed sources confirm that my passport that has been stolen is now in the office of the President of Ukraine Petro Poroshenko," Saakashvili told journalists at a meeting in Lviv streamed live on his Facebook page.

"He was given the passport in the morning when he came to work, the day after we returned [to Ukraine across the border with Poland]," he said, adding that he no longer has any identity documents.

As UNIAN reported earlier, Saakashvili, earlier deprived of Ukrainian citizenship, managed to cross into Ukraine at the Shehyni checkpoint on September 10.

A crowd of the politician's supporters broke through the cordons of Ukrainian law enforcers, took Saakashvili and a number of MPs and public figures accompanying Saakashvili in a tight ring, and literally forced the group's entry to the territory of Ukraine evading standard border control routine.

A spokesperson for the State Border Guard Service said that Saakashvili had crossed the Polish-Ukrainian border illegally. The police in Lviv region launched a criminal investigation into the illegal transfer of persons across the state border of Ukraine.

If you see a spelling error on our site, select it and press Ctrl+Enter
Tags:PoroshenkoUkrainepassportSaakashvili