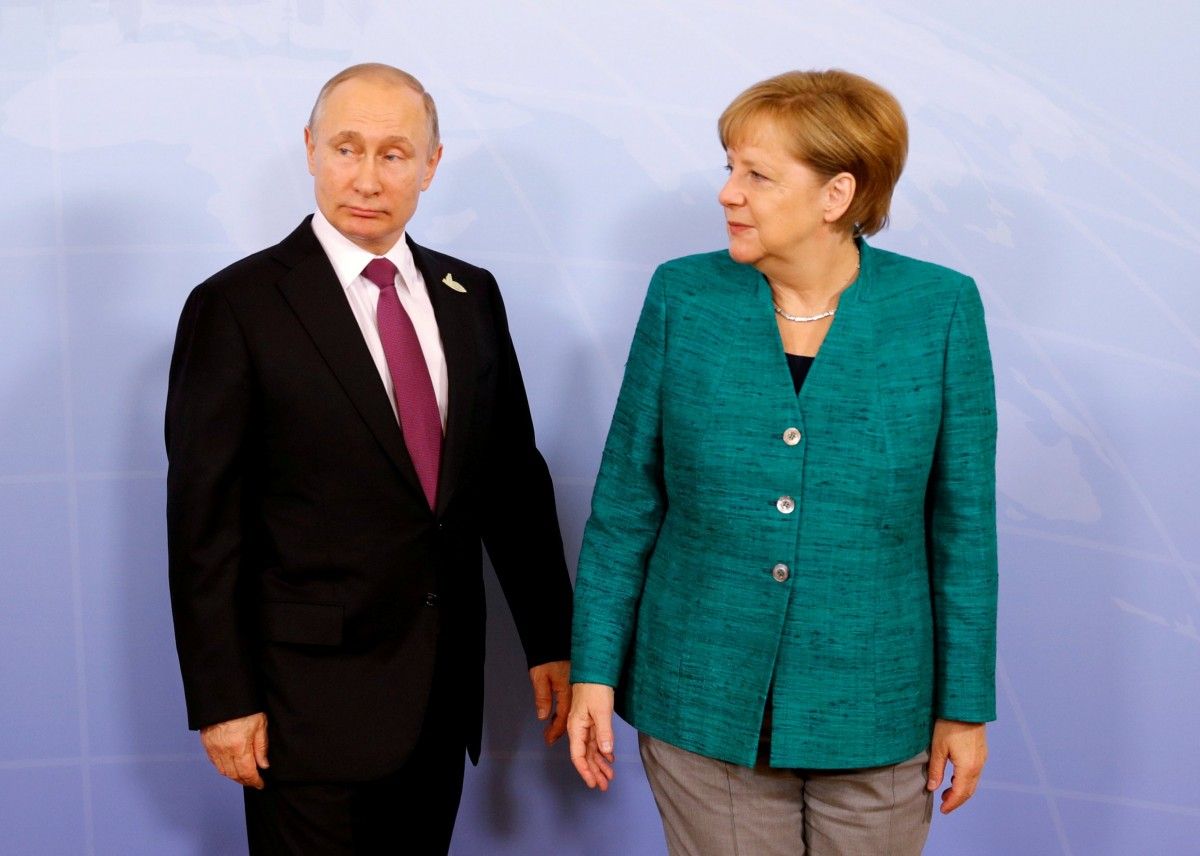 Russian President Vladimir Putin floated the idea of deploying UN troops to eastern Ukraine in a Monday call with Merkel, suggesting that the UN mission could protect observers from the international OSCE SMM, Reuters reports.

With growing calls in Germany for the lifting of European Union sanctions against Russia over its activities in Ukraine, Moscow has been keen to float proposals that would help soften export bans that have hit Russians' living standards.

Read alsoPutin to set multiple conditions for peacekeepers in Donbas – Ukraine MFA"I find President Putin's proposal to send UN troops to protect OSCE observers interesting," she told the FUNKE newspaper group on Friday. "A few days ago I discussed with him that the UN troops must have access to everywhere where the OSCE is stationed, so the entire Donetsk/Luhansk region."

Some German politicians have said sanctions should be lifted if the peace deal is implemented, the publication reports. Christian Lindner, leader of the Free Democrats, a likely coalition partner for Merkel after September 24 elections, even suggested Germany must accept Russia's occupation of Ukraine's Crimean peninsula.

Merkel said Putin's proposals were "tender shoots" of progress, "which give no cause for softening sanctions" so far. She rejected Lindner's proposal.

"The annexation is against international law and must not be accepted," she said.

If you see a spelling error on our site, select it and press Ctrl+Enter
Tags:DonbasPutinMerkelOSCEpeacekeepers