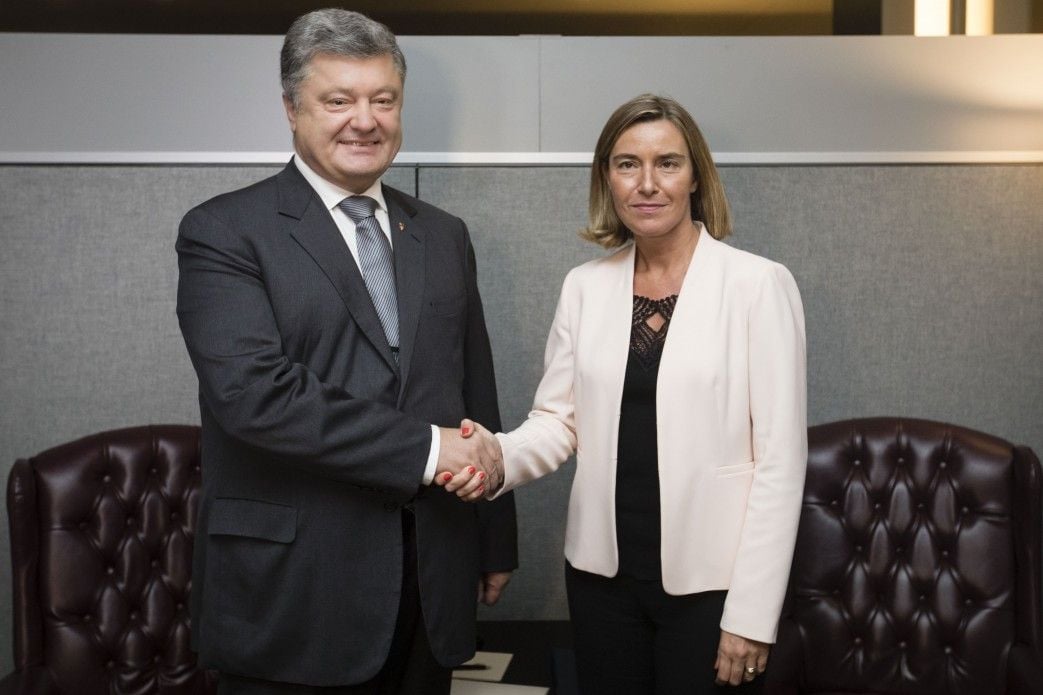 "The Head of State emphasized that Ukraine counts on greater support from the EU in the liberation of the Ukrainian political prisoners in Russia and Crimea," the press service said, adding that Poroshenko announced this at a meeting with Vice-President of the European Commission and High Representative of the European Union for Foreign Affairs and Security Policy Federica Mogherini on the sidelines of the 72nd session of the UN General Assembly on Tuesday, September 19.

Read alsoFirst 100 days of visa-free travel to Europe: 10% more Ukrainians visit EUThe president also welcomed the new level of Ukraine's cooperation with the European Union, particularly in the context of the entry into force of the Association Agreement between Ukraine and the EU and the launch of visa-free travel for Ukrainians.

The two officials discussed new strategic goals on the track of European integration of Ukraine. The Ukrainian president urged the High Representative to support the initiatives of the Ukrainian side that will facilitate rapprochement with the EU and implementation of meaningful internal reforms in Ukraine.

If you see a spelling error on our site, select it and press Ctrl+Enter
Tags:RussiaPoroshenkoprisonersoccupationMogheriniUNGAPOW