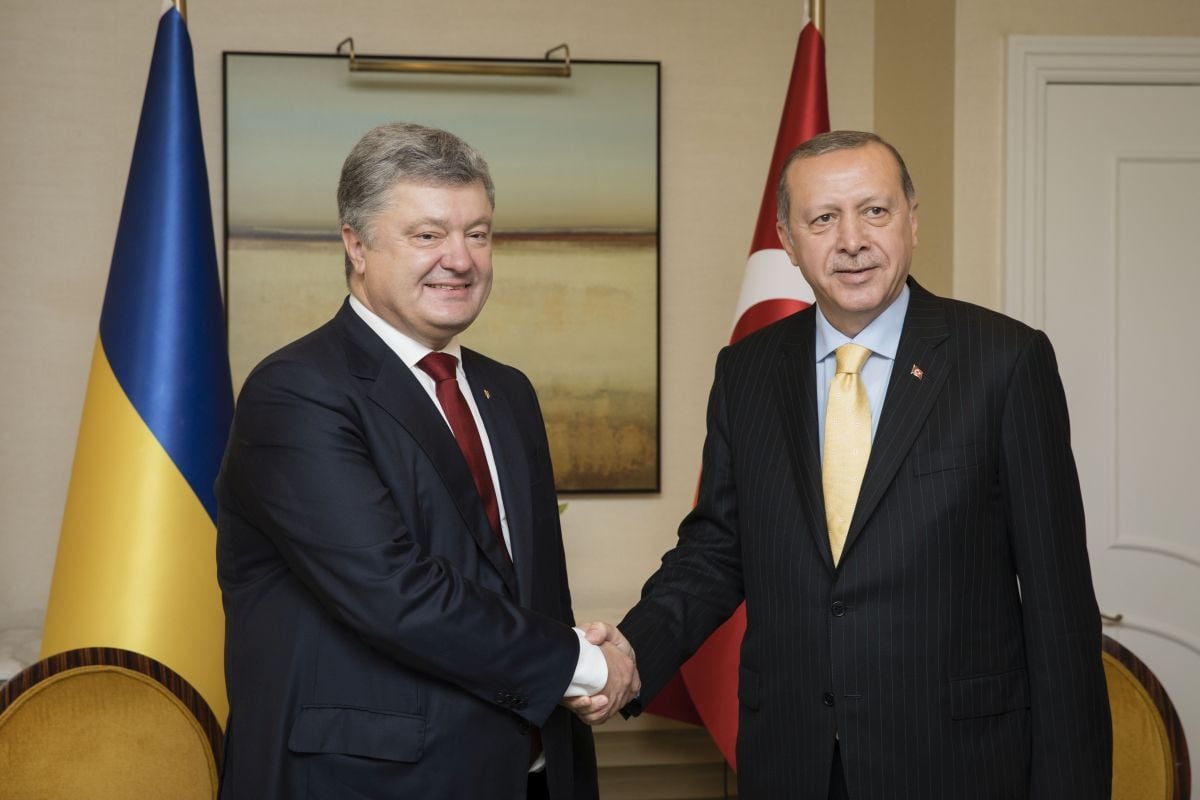 Recep Tayyip Erdogan confirmed the continued support on the part of Turkey for sovereignty and territorial integrity of Ukraine within its internationally recognized borders.

The two leaders discussed preparations for the sixth meeting of the Ukraine-Turkey High-Level Strategic Council, which is to be held in Kyiv.

Read alsoPoroshenko: Russia's aggression against Ukraine challenge for whole Black Sea region"Petro Poroshenko and Recep Tayyip Erdogan expressed satisfaction with the significant shifts in certain strategic areas of interaction and expressed their willingness to make further efforts to deepen the strategic partnership between the two countries in practical terms,” the report says.

The sides also discussed pressing issues of the multilateral agenda.

The president of Ukraine condemned the persecution by Russia of Crimean Tatar people’s Mejlis leaders, in particular Akhtem Chiygoz and Ilmi Umerov.

If you see a spelling error on our site, select it and press Ctrl+Enter
Tags:PoroshenkoUkraineErdoganTurkeyUmerovCrimeanTatarsUNGALetMyPeopleGoChiygoz