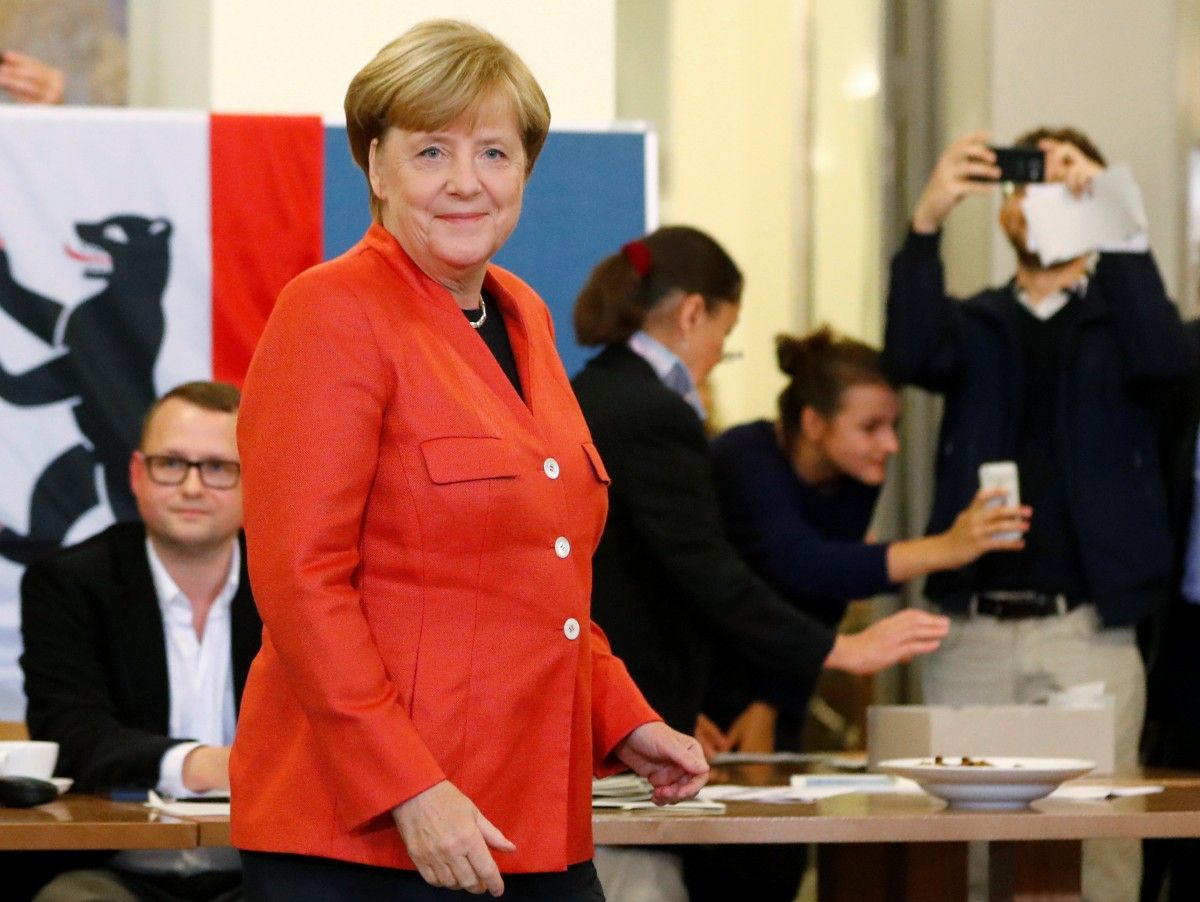 "Sincere congratulations to Angela Merkel – a winner of the parliamentary elections and an anchor of peace and stability in Europe. A victory that approaches the restoration of territorial integrity of Ukraine and its future in the United Europe!" Poroshenko tweeted late on Sunday, September 24.

Read alsoCNBC: Merkel's conservatives suffer worst election result since 1949As UNIAN reported earlier, according to exit polls, the block of parties CDU/CSU confidently won the elections to the Bundestag, with over 30% of votes, while the Social Democrats were second with 20%. A total of six parties have managed to get to the German parliament.

According to Merkel, the CDU/CSU party bloc has already achieved strategic goals in the elections. It will remain the largest force in the Bundestag and will receive a mandate from voters to form a government.

If you see a spelling error on our site, select it and press Ctrl+Enter
Tags:PoroshenkoMerkelelectionspollwinner