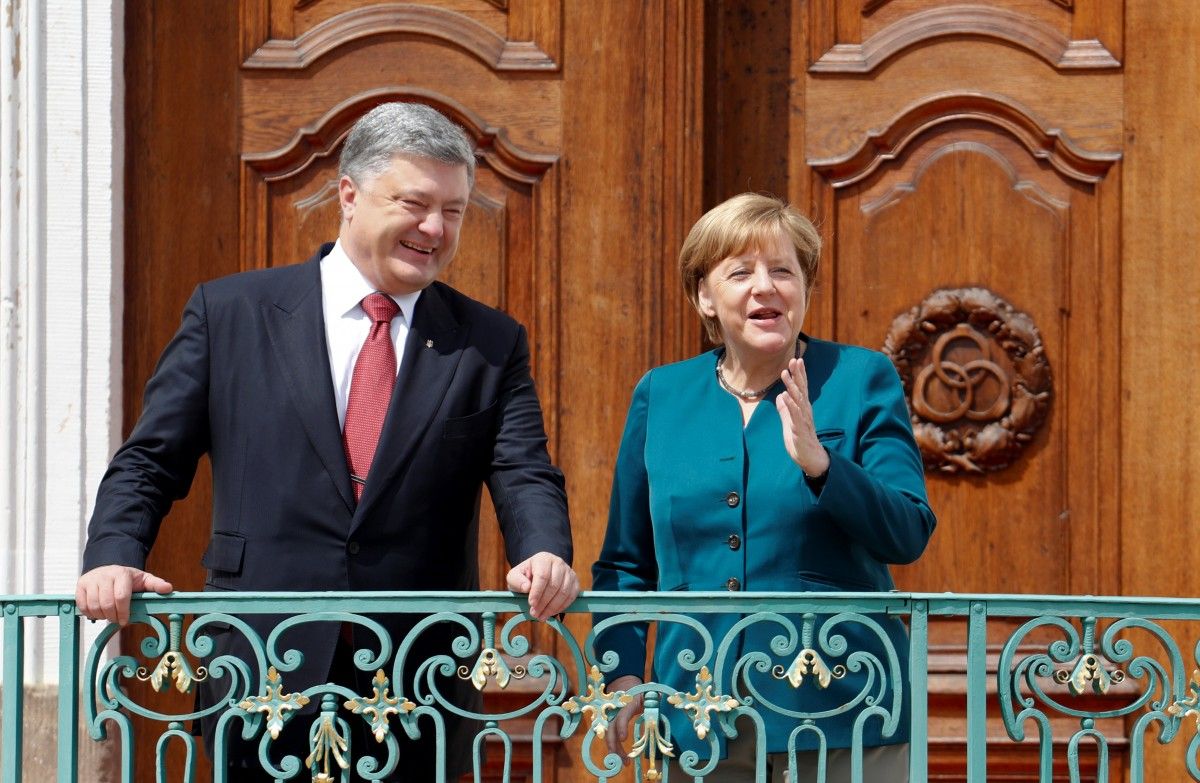 This was a subject discussed by the two officials during a recent telephone conversation, the press service told UNIAN.

Read alsoCanadian peacekeepers "extremely important" - Poroshenko"In particular, the sides coordinated approaches toward the implementation of an initiative to launch a UN peacekeeping operation in the occupied part of Donbas and along the uncontrolled stretch of the Ukrainian-Russian border," it said.

The two leaders also exchanged views on the current situation in Donbas and the implementation of the Minsk peace agreements.

As UNIAN reported earlier, Poroshenko proposed at the UN Security Council on September 20 that UN peacekeepers be deployed to Donbas and called on UN Secretary General Antonio Guterres to send a technical evaluation mission to Ukraine for hammering out options for secure and political presence of the UN in Donbas.

If you see a spelling error on our site, select it and press Ctrl+Enter
Tags:DonbasPoroshenkoMerkelpeacekeeping