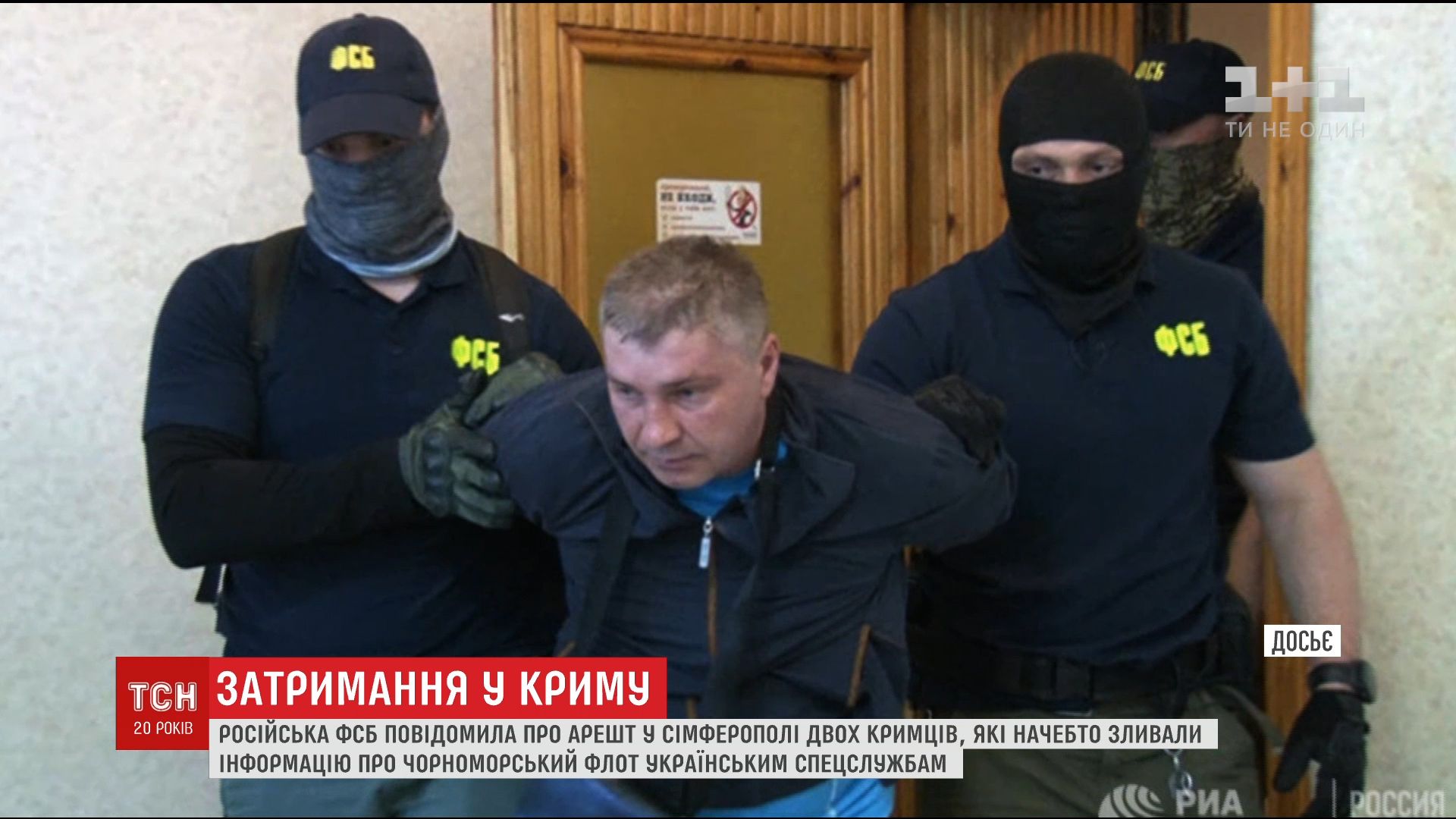 According to the September 29 FSB statement which was widely, and uncritically, reported by the Russian state-controlled media, Dmitry Dolgopolov and Anna Sukhonosova, a fitness instructor, are alleged to have "collected and handed to the Ukrainian intelligence classified information on the activities of units and formations of the Black Sea Fleet," KHPG wrote.

39-year-old Dolgopolov had been serving in the Ukrainian Army in February 2014 when Russian soldiers without insignia invaded Crimea. On February 28, his military unit was blocked by Russian soldiers and members of the so-called "Crimean self-defense."  Eventually, some of his fellow servicemen left Crimea and continued serving in the Ukrainian Army.  Others, including Dolgopolov, chose to flip sides.

Read alsoRussia plans to build 50-km fence on Crimea’s "border" with mainland UkraineThe Russian BBC spoke with Dmytro Nefedchenko,  who knows both of the two people arrested.  He says that Dolgopolov had embraced the ideas of the "Russian world" which Moscow used in 2014 to justify its military aggression against Ukraine, but that Sukhonosova held pro-Ukrainian views. In his rendition, Dolgopolov is "a good guy, a real patriot of Ukraine," while his partner "is a Ukrainian nationalist, although a Crimean native."

Ukraine's Security Service [SBU] reports that it has also initiated criminal proceedings against Dologopolov on charges of state treason, though a military spokesperson said that the charges are of desertion.

Vladyslav Seleznev from the Ukrainian military headquarters, is openly dubious about the claim that the two had been 'spying' for Ukraine.  Nothing about Dologopolov suggests that he could be working for the Ukrainian Military Intelligence due to his pro-Ukrainian patriotic views.

Oleksiy Mazepa, who formerly served with Dologopolov, and who is now serving in Ukraine's Army, shares this opinion.  He notes that there was an intensive propaganda campaign targeting sertvicemen, promising vastly greater salaries, etc.

Read alsoRussia’s FSB claims Ukrainian spies disrupt Crimea tourism - mediaSince August 2016, there have been at least ten arrests on charges of either plotting "sabotage" or "spying" for Ukraine, with the only "evidence" in each case being videos of their supposed "confessions".

In August 2016, four Ukrainians were arrested and they soon confessed to being part of a Ukrainian military plot to "encroach" upon Ukrainian Crimea, which Russia has illegally occupied.  Volodymyr Prysich and Redvan Suleymanov were later convicted of offenses which bore no relation to proper lawyers.

Heavy pressure brought to bear against both Andriy Zakhtei and Yevhen Panov has resulted in Zakhtei now agreeing to give up his independent lawyer and admit guilt, in exchange for a smaller sentence.  This must inevitably be viewed against his detailed testimony earlier of the circumstances of his arrest and the torture used to extract his confession.  His earlier testimony corresponds to that given by Panov, who denies all charges.

One of the six men arrested in November has also since been convicted of something radically different from his confessions, and there seem to be clear grounds for believing that the 'confessions' are forced out of suspects through torture or ill-treatment.

If you see a spelling error on our site, select it and press Ctrl+Enter
Tags:RussiaCrimeaUkraineFSBintelligencetreasoncharges