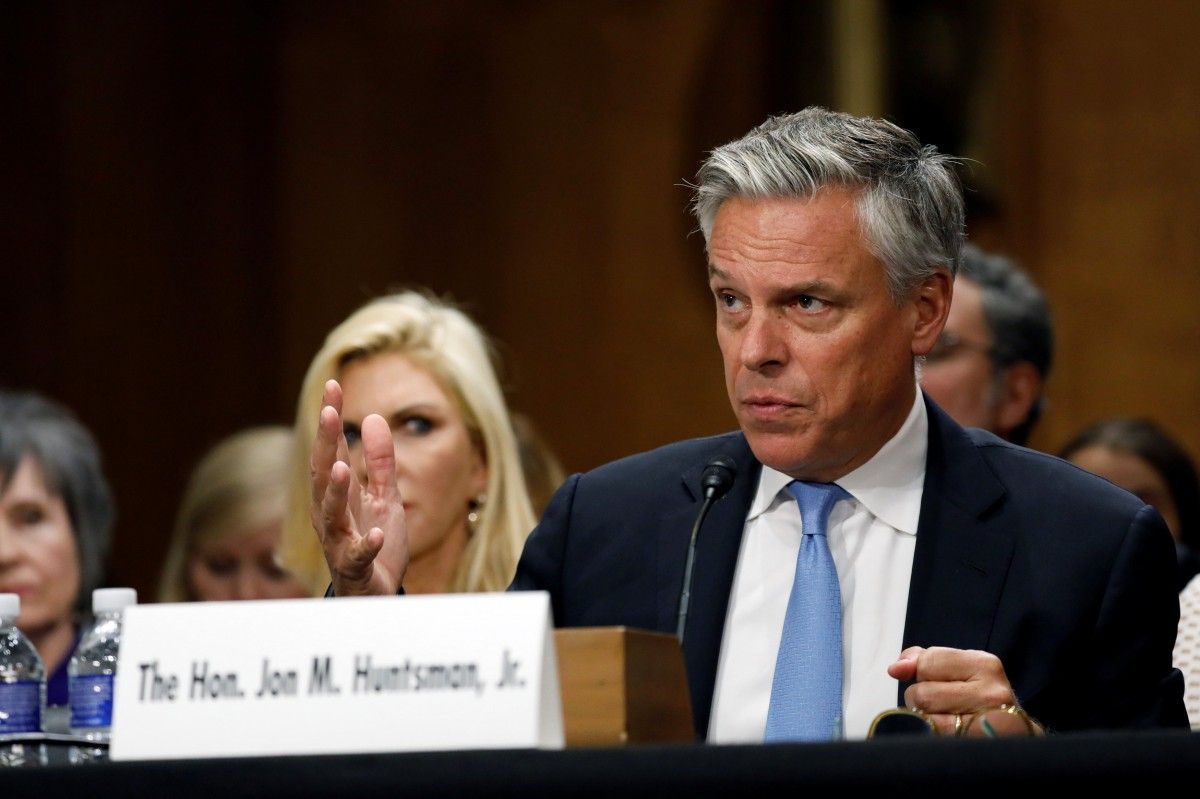 "This is an issue not only with the United States but with Europe, Canada and virtually every other developed country who are of similar mind," he said on Saturday, October 7, KSL reported.

Huntsman attended a ceremonial swearing-in as the U.S. ambassador to Russia on the same day at the state Capitol. Gov. Gary Herbert administered the oath of office. Huntsman was officially sworn in September 29 in a private ceremony in Washington, D.C.

Read alsoTime for Trump administration to arm Ukraine, U.S. expert saysHuntsman said the United States' relationship with Russia is its most complex in the world, currently marked by a low level of trust. His primary goal as ambassador, he said, is to restore trust between the two nuclear superpowers.

"We shouldn't think this will be easy or that it will be quick," he said. "But I believe that with goodwill on both sides we can turn a corner and begin to work together effectively on addressing several key issues."

As Huntsman spoke Saturday at the ceremony, the Associated Press cited the Serbian foreign minister saying that U.S. and Russian envoys have met in Belgrade in an effort to end the conflict in eastern Ukraine.

Minister Ivica Dacic said Kurt Volker and Vladislav Surkov held talks Saturday in the Serbian capital "dedicated to the Ukrainian crisis." No details have emerged from the closed-door meeting.

Earlier this week, Huntsman, the former Utah governor, presented his diplomatic credentials in a ceremony at the Kremlin in Moscow, where Russian President Vladimir Putin said the ties between Russia and the United States "cannot satisfy us."

Following the Moscow ceremony, Huntsman said he looks forward to rebuilding trust between the two countries and strengthening the relationship based on cooperation on common interests.

"I will seek out Russian people from all walks of life to share perspectives, to relay American values, and to deepen my growing appreciation for Russia's rich and fascinating history and culture," the ambassador said.

Huntsman will return to Russia on Thursday.

If you see a spelling error on our site, select it and press Ctrl+Enter
Tags:RussiaUSAHuntsman