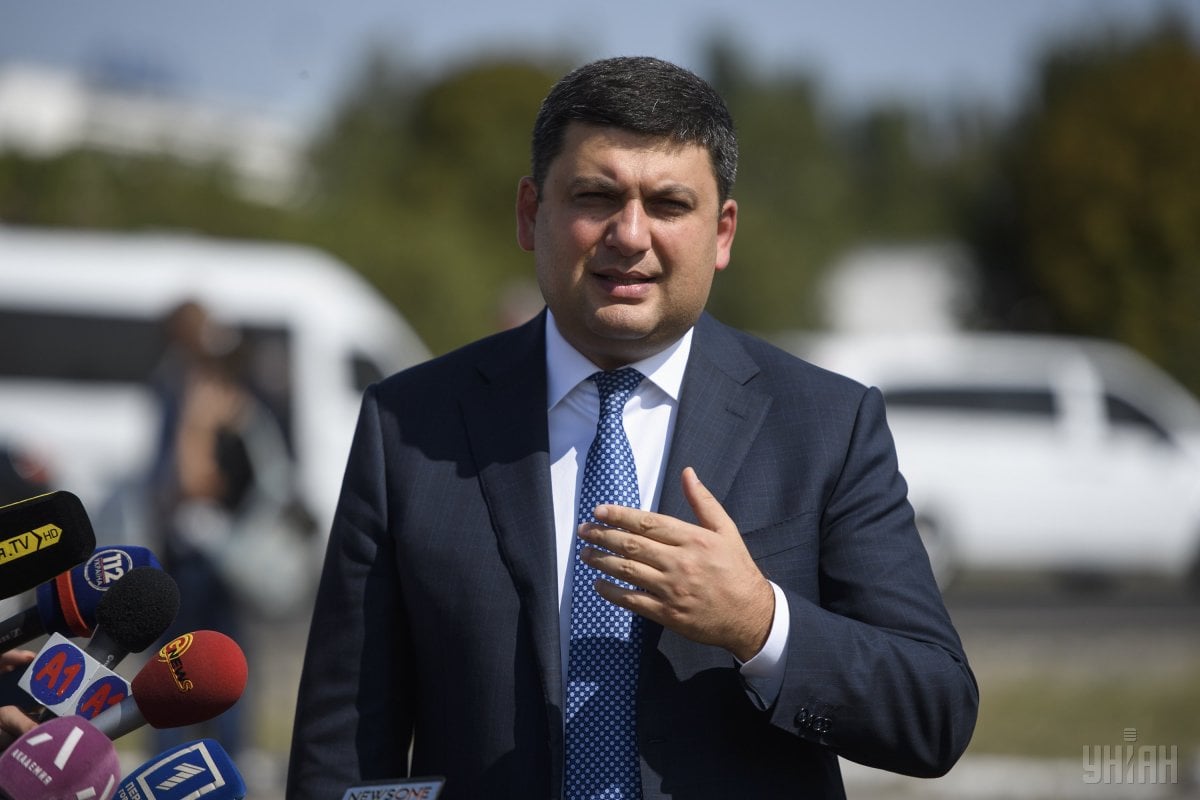 "You know, a sane person would never say things like that. For a seriously mentally ill person, it is possible. But I know for sure that the Czechs are absolutely fine, intelligent people, they are our friends and partners. I think that among representatives of such a great nation there may be those who sometimes allow such insane statements we are witnessing today," Groysman said, speaking on air of 112 Ukraine TV channel.

As UNIAN reported earlier, during his Tuesday speech in Strasbourg at the autumn session of PACE, Milos Zeman proposed that a compensation be paid to Ukraine in order to "legitimize" the annexation of Crimea, which he branded "fait accompli."

Read alsoCzech embassy says president Zeman in PACE expressed "personal opinion" on "selling" CrimeaThe Czech Embassy in Ukraine noted that Czech President Milos Zeman during his address in PACE on Tuesday, October 10, expressed his personal point of view on the issue of Crimea. The embassy noted that "with a request for comments, it is necessary to apply to the press service of the Office of the President of the Czech Republic."

If you see a spelling error on our site, select it and press Ctrl+Enter
Tags:CrimeaUkraineGroysmanZeman