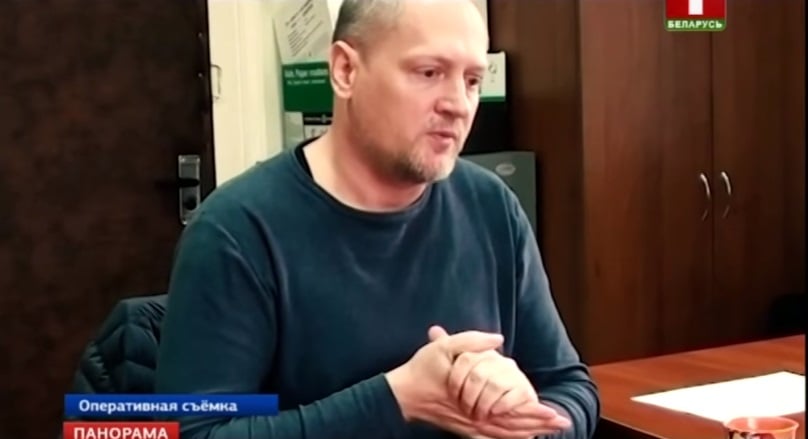 The KGB claims that Sharoiko collected intel under the guise of a correspondent, while First Secretary of the Embassy of Ukraine Ihor Skvortsov was in charge of coordinating his activities, Belta says.

It is also noted that in 2017, the two men were assigned to snoop into such agencies as the Council of Ministers, the Belarusian Ministry of Foreign Affairs, the embassy and military facilities of Russia in the country. Belarusian special services say that Skvortsov and Sharoiko had to research these objects throughout the year, with the aim of gradual infiltration through gained acquaintances.

Read alsoUkraine expels Belarusian diplomat as retaliationAccording to the channel, Skvortsov and Sharoiko were instructed to provide information on the customs regime peculiarities relating to the import into Belarus of technical means of telecommunication and electronics, as well as the coverage quality of Ukrainian mobile operators in areas of Belarus bordering with Ukraine, distribution of radio signal, and the share of radio amateurs among the local population.

As UNIAN reported earlier, on November 17, it was revealed that the KGB as early as October 25 had detained in Minsk a correspondent of “UA: Ukrainian Radio” in Belarus, former UNIAN correspondent in Minsk, Ukrainian citizen Pavlo Sharoiko. According to Ukrainian Ambassador to Belarus Ihor Kizim, Sharoiko is accused of espionage and kept in custody at the KGB remand prison.

Read alsoUkraine journo charged with espionage in Belarus dismissed from intel service back in 2009 – Military Intelligence DirectorateOn November 20, the press service of the Main Intelligence Directorate of the Ministry of Defense of Ukraine refuted the claim by the Belarusian KGB of the alleged involvement of a Ukrainian journalist Pavlo Sharoiko in espionage. They said Sharoiko had served in the MID of the Ukrainian Defense Ministry as the head of its press service. In 2009, he was dismissed from military service for health reasons.

As UNIAN reported earlier, Russia’s Novaya Gazeta ridiculed the idea that a former intelligence press office head, who is a public figure, would go on an “undercover” mission to another country.

“It is impossible to imagine” that an active spy under any cover had his military ID card on him in the country where he has been deployed and moreover, keep at home “copies of his intelligence reports to the headquarters” – another piece of “evidence” presented the KGB claims it obtained, according to Novaya Gazeta.