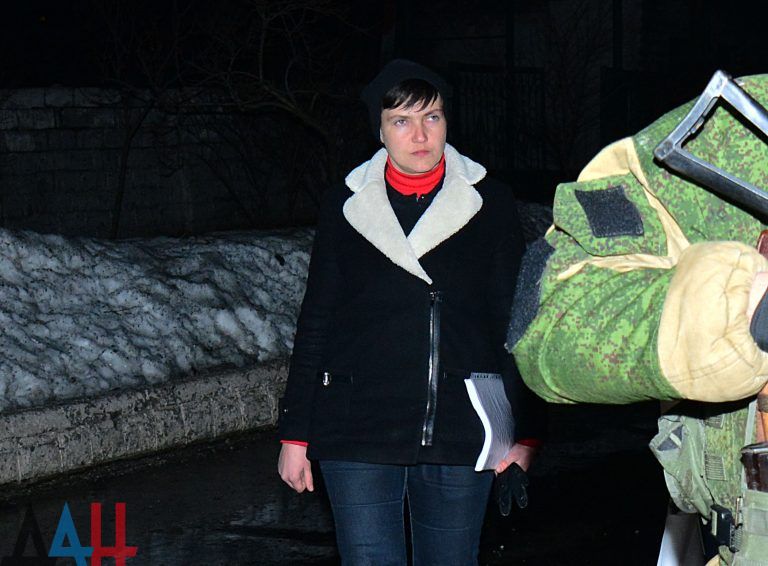 Savchenko has not yet commented on this information, Glavcom reports, citing a source in law enforcement agencies.

Read alsoSavchenko makes controversial statement on Euromaidan (Video)The real name of the militant, nom de guerre "Tashkent," is Alexander Timofeev. He is the "Minister of Incomes and Taxes of the DPR," according to media reports, a person close to terrorist leader Alexander Zakharchenko.

Savchenko had previously visited occupied Donbas. The fact that she went to negotiate with terrorists at one time caused public outrage.

As UNIAN reported earlier, on February 24, the militants claimed that Ukrainian MP Nadiia Savchenko and Head of the Ukrainian center for hostage release "Officer Corps" Volodymyr Ruban had come to the "DPR"-controlled territory "to visit Ukrainian hostages."

If you see a spelling error on our site, select it and press Ctrl+Enter
Tags:DPRmeetingSavchenko