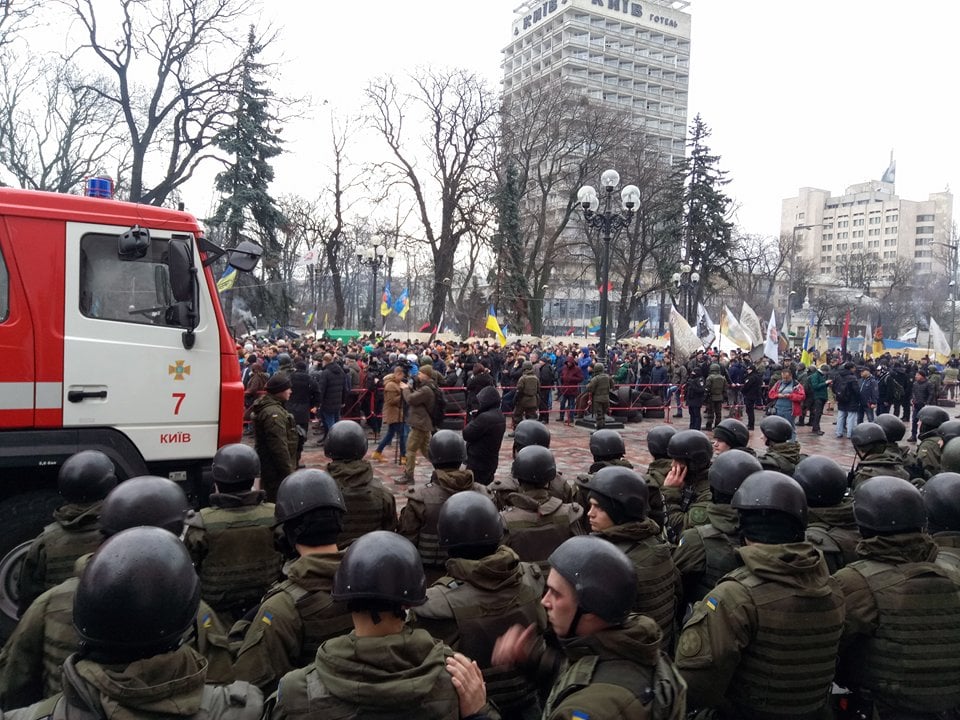 Security has been beefed up downtown Kyiv / Photo from UNIAN

They broke windows on the left side and pulled a door of the vehicle to free him.

Saakashvili and his supporters started to move along Kostiolna Street towards the Maidan Nezalezhnosti (Independence Square). Handcuffs were seen on his hand.

Read alsoSaakashvili detained in Kyiv – MP Derevyanko (Video)A column of Saakashvili's supporters has already reached the Ukrainian parliament's building. Law-enforcement agencies have been pulling additional forces in nearby areas to beef up security. People are gathering at the traffic area on Hrushevskoho Street at the junction of Shovkovychna Street.

Saakashvili has climbed an improvised stage near the parliament's building and started his speech, urging the people of Ukraine to join forces against corrupt authorities. He has also denied all accusations brought by the SBU and the PGO.

About 1,000 people have gathered outside the parliament's building.

Previously, supporters of Saakashvili had built a barricade from paving stones on Triokhsviatytelska Street.

As UNIAN reported earlier, the SBU Security Service of Ukraine and prosecutors from the Prosecutor General's Office raided Saakashvili's flat on Kostiolna Street in Kyiv on December 5, after which he was detained.

The SBU said Saakashvili had been detained as part of an investigation into criminal proceedings related to assistance to participants in criminal organizations and to concealing of their criminal activities (Article 256 of the Criminal Code).

Ukrainian Interior Minister Arsen Avakov called on Saakashvili to abide by law and face accusations rather than to cause bloodshed and clashes.

"Any conflict has a legal way of resolution only: everything that has been happening won't be settled without court," the minister wrote on Twitter.

If you see a spelling error on our site, select it and press Ctrl+Enter
Tags:Saakashvili