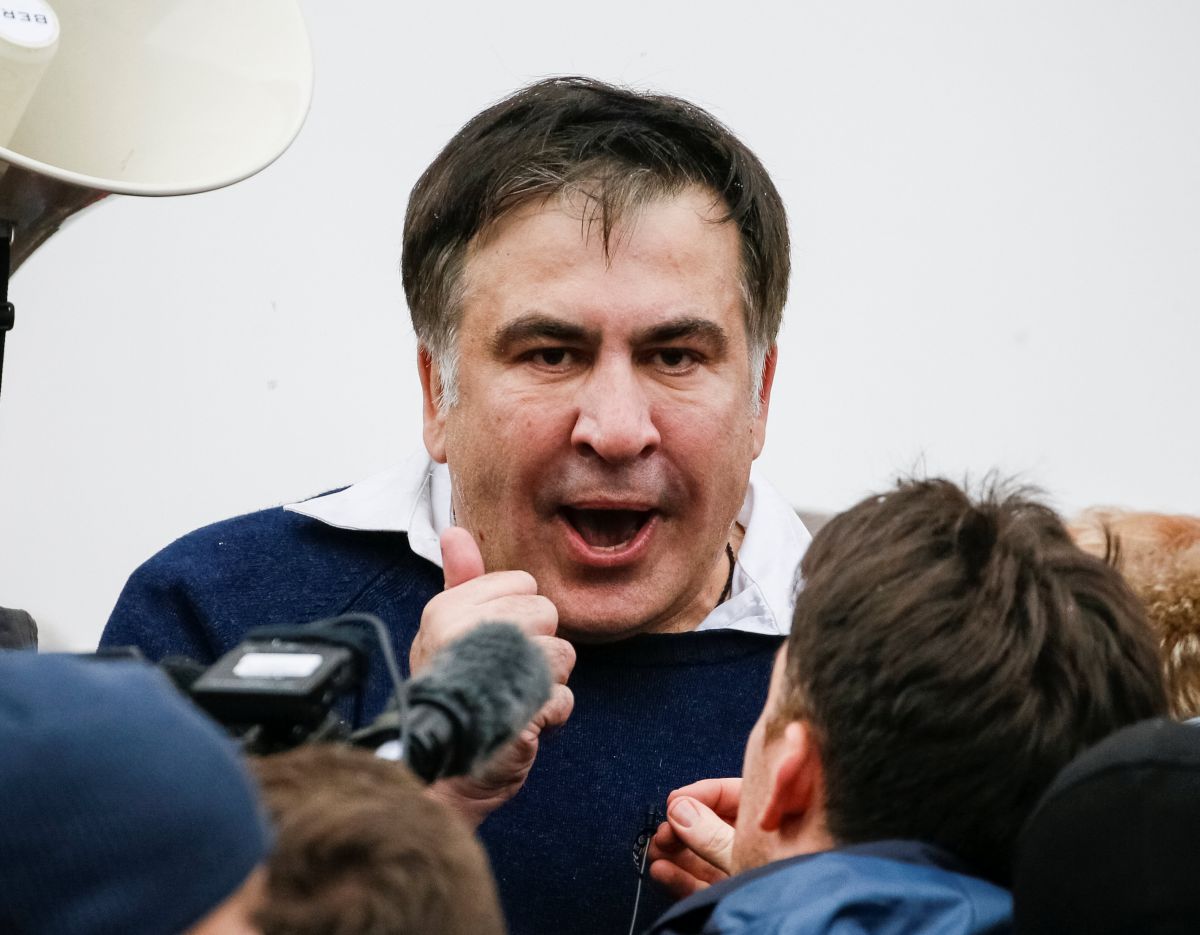 Operatives of the National Police and the SBU Security Service of Ukraine have been tasked to conduct a manhunt operation, she wrote on Twitter on December 6.

As UNIAN reported earlier, the SBU and prosecutors raided an apartment where Saakashvili resides on Kostiolna Street. Later, Saakashvili was detained and put into an SBU van, but a crowd of supporters of the politician, who is now challenging Ukraine's decision on stripping him of Ukrainian citizenship, blocked the car from driving away. Clashes between law enforcers and activists followed. Then, someone from the crowd smashed the van's windows, damaged the back door, and helped Saakashvili get out of the vehicle. Law enforcers limited themselves to using tear gas during the clashes.

After the "escape," Saakashvili led his supporters to rally outside the Verkhovna Rada where Prosecutor General Yuriy Lutsenko was presenting evidence of the politician's wrongdoings.

The SBU informed the press that Saakashvili had been detained as part of a criminal investigation into his assistance to members of criminal organizations and concealment of their criminal activities (Article 256 of the Criminal Code).

Read alsoProtesters say 10 injured after storming Saakashvili's tent camp outside RadaLutsenko said that Saakashvili had organized protests in order to seize state power in Ukraine and help members of the criminal group associated with the former Ukrainian President, Viktor Yanukovych, and a young tycoon from Yanukovych team, Serhiy Kurchenko, in hindering the process of their criminal prosecution.

On December 6, the security forces tried to storm Saakashvili supporters' tent camp in Kyiv's Mariyinsky Park, which is close to the Verkhovna Rada's building. There were about a hundred law enforcers.