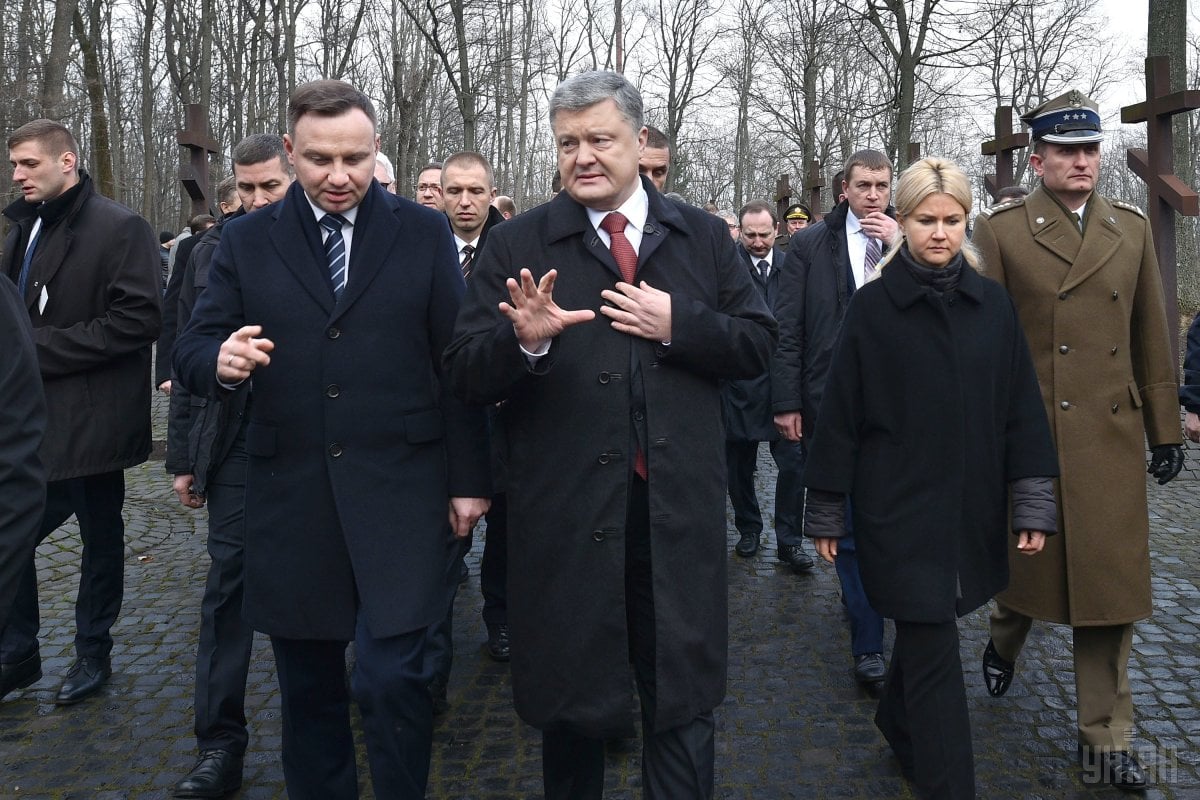 The two leaders focused on this subject during a joint press conference following their talks in Kharkiv, the Ukrainian president's press service said.

Read alsoPoroshenko: History should not affect strategic nature of Ukraine-Poland relationsPoroshenko noted the effective cooperation of the two states within the framework of the Ukrainian-Polish-Lithuanian brigade.

"We are very happy with how our cooperation has been developing. We see that the exchange of experience and joint exercises today translate into compatibility between our armies, which is mutually beneficial for all parties – Ukraine, Poland and Lithuania," the Ukrainian president said.

He particularly stressed the importance of Poland's role in Ukraine's interaction with the countries of the North Atlantic Alliance and recalled NATO's historic summit in Warsaw and the decision of the Ukraine-NATO Commission, the adoption of important decisions on the creation of NATO trust funds, the adoption of a program on strategic communication and decisions in the field of cybersecurity, directions of support of Ukraine and its further integration into the Alliance's system.

The Ukrainian president also said there was no coincidence that the meeting with the leader of Poland in Kharkiv was devoted to security and defense policy, coordination of actions to safeguard against hybrid Russian aggression.

"The issue of strategic partnership between Ukraine and Poland remains an unchanged foreign policy priority for both Kyiv and Warsaw," he said.

He also thanked for the clear and unchanged support of Ukraine by Poland both in countering Russian aggression, and in carrying out reforms, as well as in encouraging the European aspirations of the Ukrainian people who seek "getting back to the family of European nations."

If you see a spelling error on our site, select it and press Ctrl+Enter
Tags:PoroshenkoPolandRussianAggressionDuda